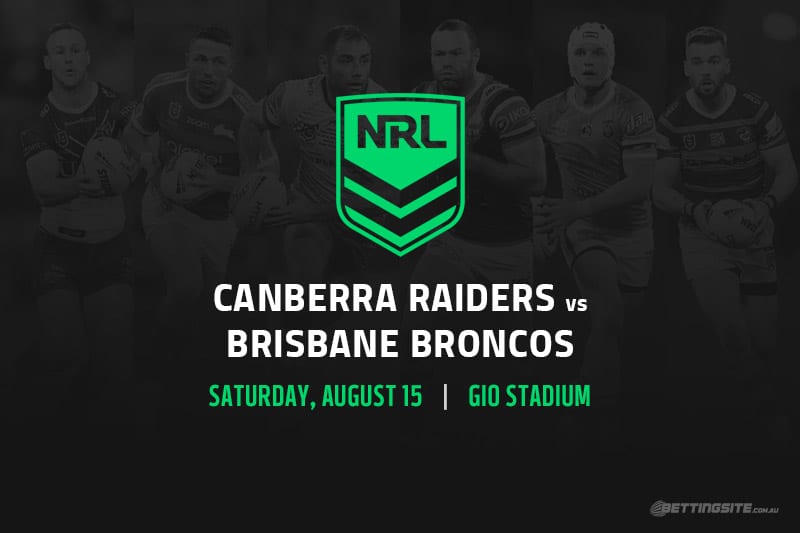 It’s almost difficult to imagine what else could go wrong for the Brisbane Broncos at this point.

It sounds as if they will be without Tevita Pangai Jr for the foreseeable future, and there is a real possibility they might not win another game in the NRL 2020 season.

If such a situation arises, Brisbane will only dodge the dreaded wooden spoon if the Bulldogs also go winless for the rest of the campaign.

Without their coach and who knows else following revelations of a significant COVID breach, a road trip to the rainy capital is probably the last thing the Broncos want right now.

Some NRL betting sites have Brisbane at $7 to spring the unlikeliest of upsets, while the Canberra Raiders might be paying overs at $1.14.

Here is a record that almost beggars belief: since Anthony Seibold took over, the Broncos have won only one game in either New South Wales or the ACT.

That stat is simply disgraceful, and it looks as though Canberra will win by plenty as they look to keep touch with the top four.

A few weeks ago when the Broncos took on Melbourne, the value was found when playing around with some ridiculous lines.

The Raiders are also paying $9 to keep Brisbane scoreless, but the ridiculous value is the $13 on offer for the short-priced favourites to win by 31-35 points.

That might sound like a ridiculous prediction, but there will no doubt be plenty of punters who have a lash at that market.

Brisbane gave up some extremely soft tries through the middle last start, which makes Josh Papalii an attractive option at $23 for the first try and $5 to score at any time.

Nick Cotric at $6.50 and Jordan Rapana at $7.50 are the leading contenders for the opener, while Broncos favourite Xavier Coates is very tempting at $21.

Best bets for Raiders vs Broncos