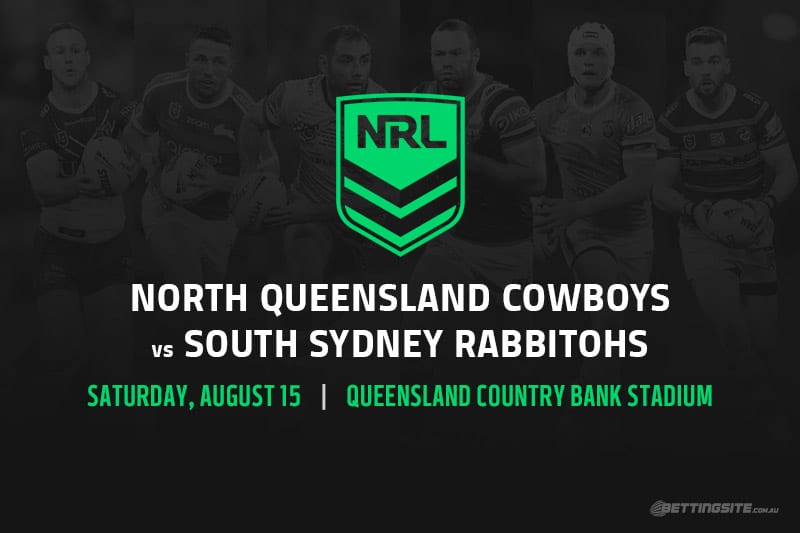 North Queensland Cowboys coach Josh Hannay last week publicly stated some players let the jersey down with their effort in the first half of their heavy loss to the Titans.

Usually when this happens to a team and they play a home game next you get a big emotional response, but you would be brave to suggest this Cowboys side will come out breathing fire on Saturday afternoon.

The South Sydney Rabbitohs have made their season on putting away mediocre opposition. It’s been enough to get them to seventh on the ladder, and it should see them earn a vital two points away from home this weekend.

A win in Townsville and another against an undermanned Manly outfit next week will see Souths all but secure finals footy for the third consecutive season, so they know there is a good reward coming should they take care of business.

They are paying $1.38 in the head-to-head market as the travelling favourite, which reflects just how poor the Cowboys have been in 2020.

Souths have just one loss to a bottom-eight team this year, and the money coming in for them tells us they’re a slam dunk to keep that great record alive.

You need to include Cowboys winger Kyle Feldt in your anytime tryscorer multis as well as South star Alex Johnston, who has 10 tries from 13 games in what is becoming his best scoring season since 2017.

While the Bunnies don’t hold much value in the head-to-head market, the -7.5 line combined with over 42.5 total points appeals at $3.40 odds.

Souths have failed to score less than 20 points against a bottom-eight side only once since the NRL 2020 season resumed, and in the past fortnight they have posted scores of 32 and 28 points.

Best bets for Cowboys vs Rabbitohs