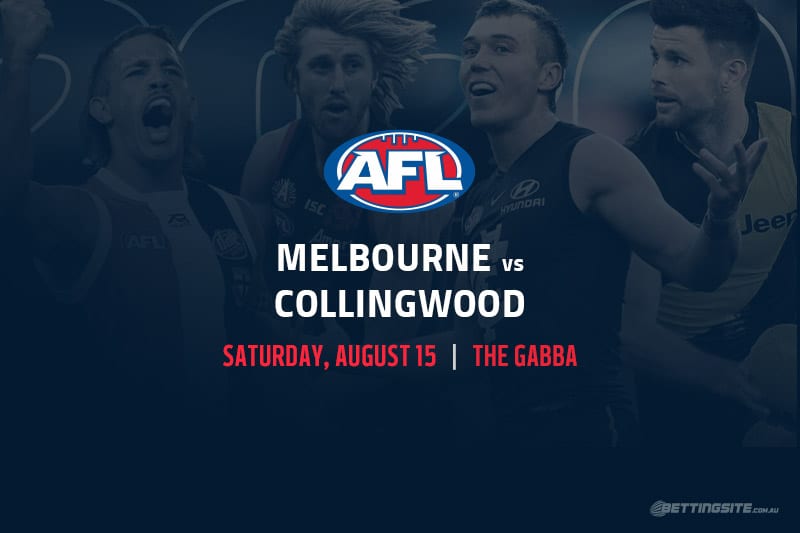 It has been over 25 years since the Melbourne Demons and Collingwood Magpies last played away from the MCG, but that streak will end this weekend when they do battle at the Gabba.

With many online bookmakers pricing the Demons and Magpies at even money, this looms as one of the must-watch matches of round 12.

Melbourne easily put away the Kangaroos in round 11, while Collingwood struggled early against the last-placed Crows before kicking away to a four-goal win.

The two captains will take much of the focus in the lead-up, with Max Gawn expected to return from a short rest and Scott Pendlebury an outside chance to pass fit after a quad injury.

Christian Petracca is mounting a case for the 2020 Brownlow Medal after another great week for the Dees, making his contest in the middle against the likes of Taylor Adams and Brayden Sier one to look out for.

A win for Melbourne would do wonders for Simon Goodwin and his finals aspirations, while Nathan Buckley’s Magpies cannot afford to lose another game if they want to finish top four.

His little brother Andrew is killing it at Fremantle, but 2020 has not been a good year for Angus Brayshaw. However, he bounced back against the Roos last round with an impressive 29 touches, and since he averaged 29 disposals in his two 2019 contests against Collingwood, Bryashaw looks a decent pick to get over 20 this weekend.

If Scott Pendlebury doesn’t get up for this game, which is what we expect at this point in time, Steele Sidebottom will be the most experienced player for the Magpies. We correctly picked Taylor Adams in a shootout with Sidebottom for the Adelaide game, but this match against Melbourne should favour the latter. Steele is smart around stoppages and should find the ball well on the outside against Melbourne’s aggressive midfield unit.

It took him six rounds to get a game, but Sam Weideman is one of the most consistent goalscorers in the AFL right now. With Jordan Roughead likely to be ruled out for Collingwood with concussion, the returning Darcy Moore could take the matchup on Weideman. The Melbourne forward has already beaten some fine defenders this year, so we are backing him to kick multiples for the sixth time in seven games.

Jaidyn Stephenson has played the Demons twice in his short career, both in Queen’s Birthday matches, and was close to best on ground both times. In 2018 he kicked four goals and three behinds in an amazing display of forward craft, which he followed up with three goals and three behinds in 2019. The 2018 Rising Star has been relatively quiet this year, but he loves the matchup and should be busy this weekend.

The Magpies have been one of the best defensive teams in the competition this season, but we think they need to show a bit more going forward if they want to beat a fast, aggressive Demons side this week. Even if the conditions are not optimal, both sides will find avenues to goal and take the total above 100 points.

We have shortened the line on the Pies because they’ve beaten the Demons in four consecutive meetings. Jamie Elliott’s inclusion will make a big difference, while Darcy Moore is a critical pillar in defence that was sorely missed last round. The Dees might have belted the Crows and Roos, but they have a bit to prove against the better teams.