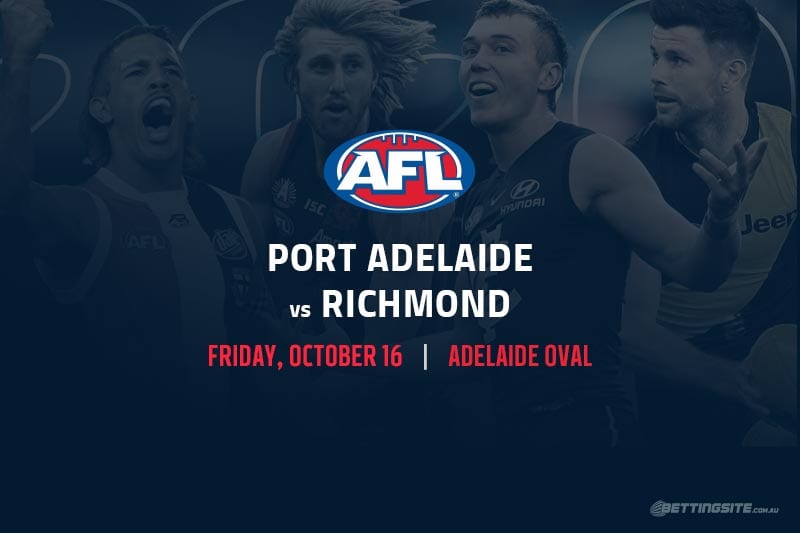 It was Ken Hinkley’s Power that won the home-and-away matchup with the Tigers this year, defeating them by only 21 points despite having an extra 11 scoring shots.

Both teams have changed dramatically since their round 11 bout in terms of personnel, but the contest will take place at Adelaide Oval again.

Damian Hardwick’s Tigers led the last contest at three-quarter time by one point, but they were held scoreless in the final term as Port powered to victory.

With a spot in the 2020 AFL Grand Final on the line this week, both clubs will put everything they have into this contest.

Only two players eclipsed the 25-disposal mark when these teams faced off in round 11, and they were Travis Boak and Ollie Wines. Not a single Richmond player managed to get 20 disposals on the day, leading us in the direction of the Power midfielders for this clash. Wines is strong enough to win his own footy against the Tigers, as their midfield mix isn’t built to quell contested bulls.

Scoring against the Tigers won’t be easy, as their combination of intercepting and lockdown defenders has done the job for years. Special players such as Robbie Gray and Zak Butters will need to be switched on from the first bounce to catch the Richmond defence off guard. With Charlie Dixon battling the powerful Noah Balta in the air, inside 50 ground-ball gets will be crucial – and that is where Butters will shine.

Both teams are paying $2.88 to win by 1-24 points, but in our opinion the Power should be slightly ahead. The Tigers were very good against the Saints last week, but we believe recency bias has led online bookmakers and punters astray. Port Adelaide finished first on the ladder and beat a very strong Geelong side two weeks ago, while the home-field advantage will play a huge role too.