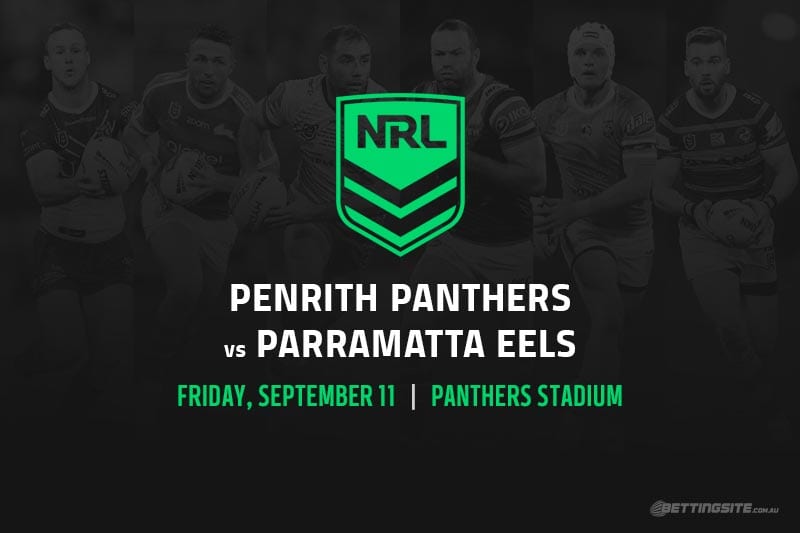 Now THIS is a game that is worthy of the headline slot on a Friday night: a top-four clash and a good old-fashioned western Sydney derby which will have a ton of fireworks.

The Penrith Panthers‘ season record sits at 15-1-1. They drew against Newcastle in round three, and their only loss came two weeks later against – you guessed it – the Parramatta Eels.

Penrith dominated the first 60 minutes that night at Bankwest Stadium until an explosion from former Panther Waqa Blake turned the game on its head and into a 16-10 Parramatta win.

Since then, Penrith have won 12 in a row to solidify their rank as minor premiers, while Parramatta have locked up a top-four spot without impressing anyone greatly since that night in round five.

The Panthers are at $1.40 in the head-to-head market, which feels extremely short for a top-four clash, while the Eels come in at the $3.20 price.

Penrith at the -7.5 line looks a decent option if you’re keen on backing them to win their 13th straight game.

An interesting clash in edges for this game sees the fluent left side of Penrith come up against the inconsistent right edge of Parramatta.

Penrith have strike all over the park, but their calling card is scintillating play down the left.

It makes sense Stephen Crichton is $11 to score first, and you can expect both he and Viliame Kikau ($15) to get plenty of attention.

Alternatively, if you look back to how Penrith conceded their first points against Brisbane, it was Crichton getting sucked in to Darius Boyd for Kotoni Staggs to stroll over.

For that reason, Blake should be the guy you pick for Parramatta, especially when he is paying a juicy $21 for the opener and $4.25 to cross at any time.

Best bets for Panthers vs Eels