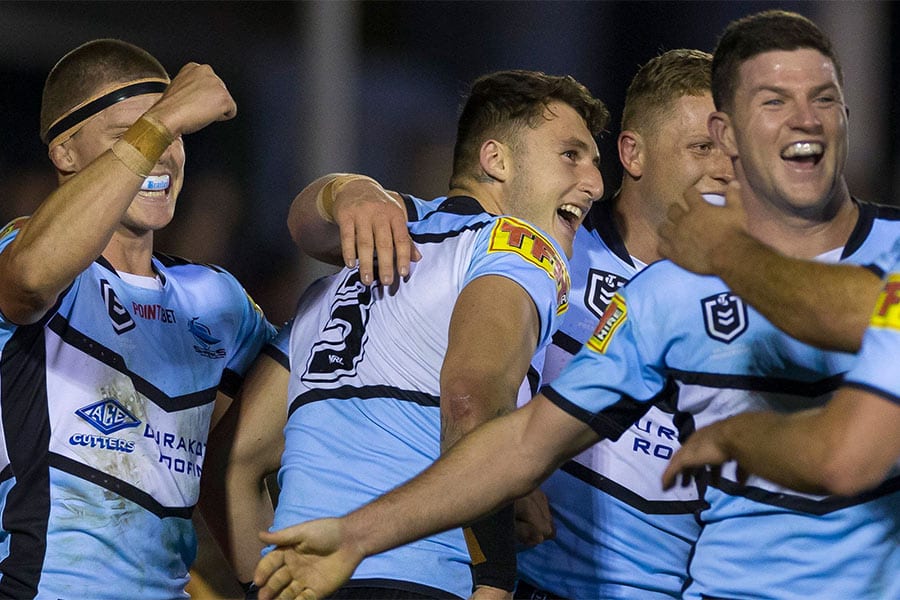 With only two rounds remaining in the 2019 NRL Premiership season, time is running out for teams to make their case for finals.

Most of the participants are already sorted, but the last two spots and the order of the top six are still to be decided.

These are our predictions for how the top eight will look when the NRL home-and-away season draws to a close.

The Storm have shown the faintest signs of vulnerability over the past few weeks, but they have dominated the home-and-away season and will finish top of the ladder. With Cameron Smith still going strong and the likes of Brodie Croft, Jahrome Hughes and Cam Munster now certified stars, another NRL Grand Final appearance is a very real possibility for Melbourne.

Online bookmakers have the Chooks as the team to beat, and it is hard to argue with that assessment. They did the hard yards in the middle of the year and look as dangerous as ever with the finals approaching. While Sydney can turn the ball over at times, their attacking threat is unmatched and James Tedesco can win matches off his own boot.

Ricky Stuart has built a rock-solid squad that prizes defence above all else. The Raiders have a horrid run home, but their comeback win over the Storm showed they can match it with the best when the time comes. There is plenty of competition for a place in the top four, but Canberra will be hard to dislodge.

The Sea Eagles did well just to get a team on the park in the first half of the season, so their position in the top eight is hard earned and well deserved. Des Hasler’s men have beaten every other team in the top six this season, which suggests their gutsy brand of rugby league footy will serve them well at the pointy end.

Souths appeared destined to finish in the top two after winning 10 of their first 11 games, but key injuries and streaky form have put their top-four status in serious doubt. A massive clash with the Roosters in the final round may well determine whether or not the Rabbitohs are the real deal this season.

The Eels are the most volatile team in the NRL. They are irresistible in full flight, especially at home, but a lack of consistency has dogged them all season. Parra also have an ordinary record against the better teams in the competition, so it remains to be seen whether they can deliver the goods when it counts.

Thanks to a superior points differential to the teams below them, the Sharks need only one more win to sew up a finals berth. Their best is very good, as they have shown with big wins over Melbourne, Parra and Souths this season, which is why several pundits rate Cronulla as the biggest threat outside the top four.

There are four or five teams that could wind up eighth on the ladder, but the Broncos have a slim advantage courtesy of their draw with the NZ Warriors. Anthony Seibold’s men are a long way off the finished article, but they have done well to get this far after spending a good chunk of the year in the bottom four.