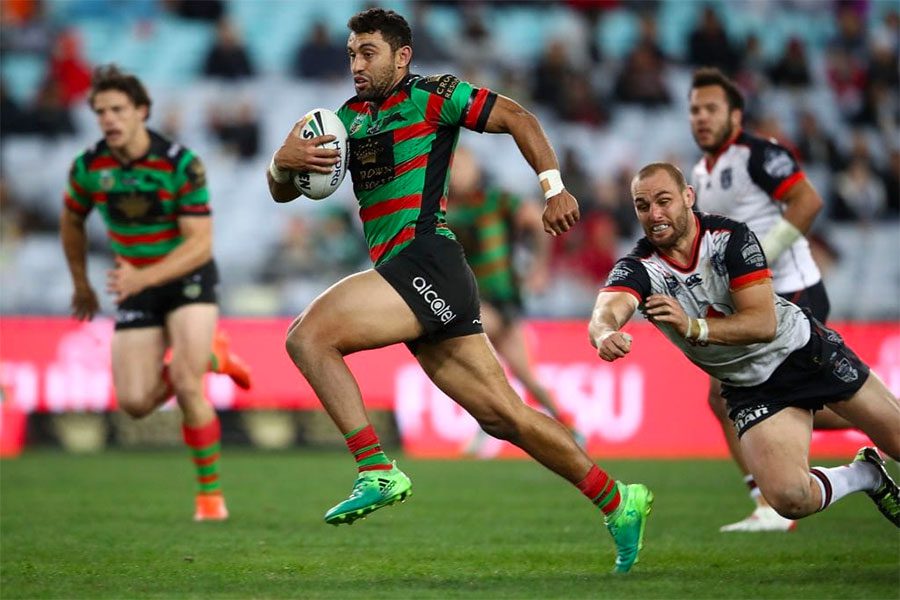 The top tryscorer market for the NRL season is one of the funnest and can change dramatically on a weekly basis.

Dating back to 2013, the magic number has been 20. It won’t guarantee you take out the title, but it will mean you’re there at the business end, as the last eight winners have scored at least 20 tries.

When the 2020 competition resumed after a short hiatus due to the COVID outbreak, Maika Sivo was $15 and looked to be on his way to taking the crown as the Parramatta Eels racked up plenty of wins in the first 12 weeks.

That was until Alex Johnston stormed home and scored 13 tries in the final eight games of the competition to take out the title. Five of those 13 tries came in the final game of the regular season as the South Sydney Rabbitohs pulled off a shock 60-8 demolition of the Sydney Roosters.

That display moved Johnston four clear of Cowboy Kyle Feldt, who realistically had a snowball’s chance in hell when he took the field later in round 20. A more dramatic finish in this market there hasn’t been.

In 2017 there were five players who crossed the magic figure of 20 tries, and with the new rule changes set to encourage even more live play, 2021 could well be a season where the tryscoring rises yet again.

Alex Johnston is the current favourite at $8 to repeat as the NRL’s tryscoring champion, and it comes as no surprise. Had he not tried to transition to fullback, there is a very real chance Johnston could have surpassed 200 tries already. He has 106 tries in 144 games and has scored at least 17 tries in four different seasons, winning the NRL tryscoring award twice and finishing top four on two other occasions. Johnston is as good as it gets when it comes to crossing the stripe, and for a South Sydney team who are the consensus pick to win the 2021 NRL Premiership among many pundits, he will again get plenty of chances to finish out on a dangerous left edge.

Penrith traded out Josh Mansour over the offseason so they could get a young man by the name of Charlie Staines into their starting side. Staines played just 1.5 games in 2020 but managed to score six tries in that time. He starred on debut with four against the Sharks and in the process sent the pub in his home town of Forbes bankrupt, as the publican shouted the bar every time he crossed the line. For a player with such inexperience to command $15 shows you what the punters and online bookmakers think of the young winger. Penrith’s left edge was damaging in 2020 and should be even harder to handle with young Staines on the end of it.

Most tries in NRL 2021 – Charlie Staines

His team isn’t expected to win many games, but the $41 on offer for Xavier Coates should be jumped at before it comes in. Even in a bad side, he is the silky-smooth type who has a knack of picking up tries. In his debut State of Origin series, he pulled off one of the more absurd put-downs in the corner to open the scoring in Game II, so he doesn’t need a ton of space to produce. He is also in a galaxy of his own under the high ball, which will no doubt be Brisbane’s go-to move inside the attacking 20 this season.

Suliasi Vuivalu scored tries for fun during his five-year stint with the Melbourne Storm, so naturally fans will look toward his successor, Reimis Smith. The $26 on offer for Smith doesn’t scream ‘you’d be mad not to throw a bit on’, but it’s still a good number when you consider Vunivalu scored 86 tries from 111 games on the right wing. Smith will be one player punters’ talk themselves into purely because of the jersey he is wearing and the man he is replacing. For the same dollar value you can back Daniel Tupou, who scored 11 times in just 15 appearances last season, and the Roosters once again will have top-four aspirations.