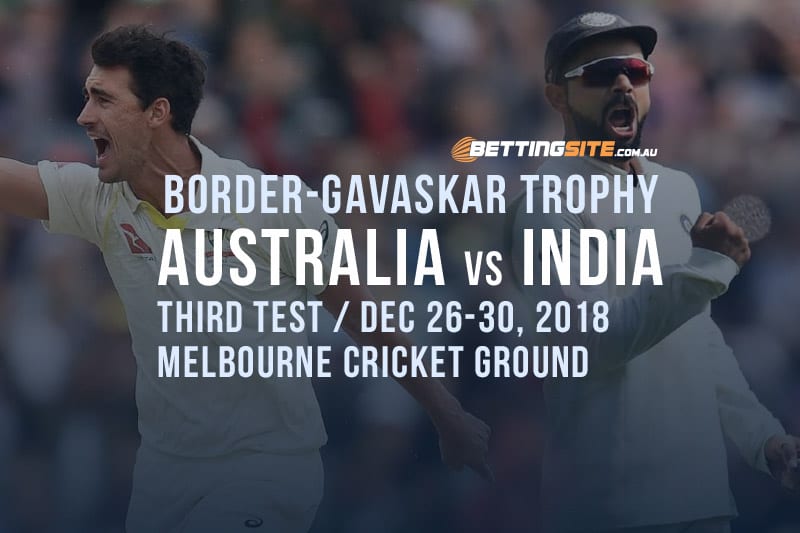 ALL of a sudden, there is an air of hope around Australian cricket.

Tim Paine’s men levelled the 2018/19 Border-Gavaskar Trophy series with a gutsy win in the first-ever Test match at Perth Stadium.

Nathan Lyon starred once again, exploiting the variable bounce of the drop-in wicket en route to eight wickets for the match.

Finch was forced to retire hurt after a nasty blow to the finger in the second innings, but the opener has insisted he will play the Boxing Day Test.

If he takes his place, it will be the first time since 1973 that two Victorian players open the batting for Australia in a five-day game at the MCG.

Less certain to keep his spot is Peter Handscomb, whose shaky form has forced selectors to reconsider the all-round talents of Mitchell Marsh.

Marsh’s ability to churn out some overs could come in handy if the Melbourne wicket plays anything like the lifeless strips we have seen in recent years.

MCG curators claim the pitch will offer plenty for the bowlers, but neither side can bank on that assessment.

India felt the absence of Ravichandran Ashwin in Perth, especially after they opted to replace the spinner with a fourth quick in Umesh Yadav.

That ploy backfired and now the tourists have a stack of selection questions to answer for the third Test.

Ashwin is back bowling in the nets, but he remains in serious doubt for Melbourne.

The man who would replace him, Ravi Jadeja, is still no certainty after carrying a shoulder injury into the series.

Another option is Hardik Pandya, who has flown out to join up with the squad mid-tour, but the allrounder is underdone after a lengthy injury layoff.

The biggest issue of all is at the top of the batting order.

Murali Vijay and KL Rahul have no form to speak of, yet the men who would take their places have run into some bother.

Prithvi Shaw was locked in for the first Test until he hurt his ankle in a tour game, while Mayank Agarwal is nursing a sore hand.

Rohit Sharma missed the Perth Test with a sore back and is not yet cleared to play on Boxing Day.

This guy is a gem.

Once viewed as a placeholder until Australia’s next great spinner emerged, Lyon now ranks among the very best bowlers ever to don the baggy green.

You see it in the way he scampers about the field, his ever-improving displays with the bat – this is a bloke who knows he belongs on the big stage.

His mastery of length was pivotal in Perth and drew praise from India captain Virat Kohli, who Lyon has now dismissed seven times in Test cricket.

The New South Welshman has shown he can take wickets in any conditions, which makes him an excellent option when nobody is quite sure how the MCG pitch will play.

Paine and the undermanned Aussie squad have won more than a few admirers with the way they have gone about their cricket this series.

The win in Perth was just reward, especially when Kohli was doing everything in his power to get under the home side’s collective skin.

Now there is a chance for Australia to exploit India’s vulnerabilities and take a 2-1 lead into the New Year’s Test.