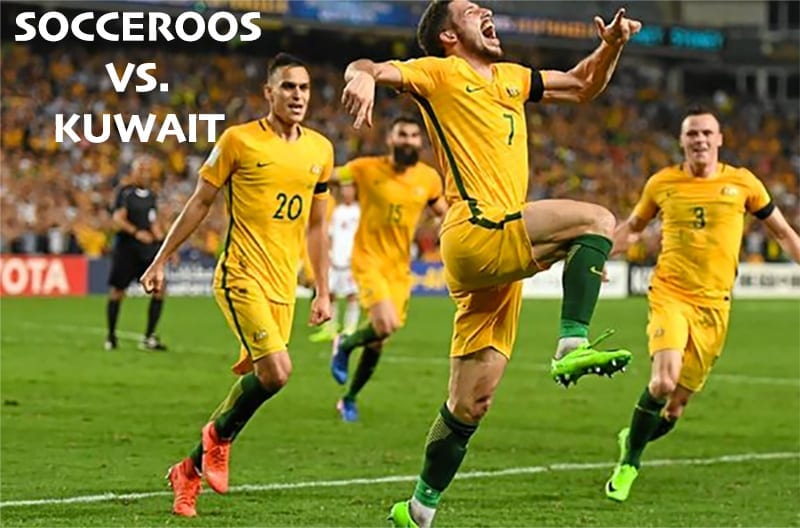 The Socceroos will make the long trip to the Persian Gulf next week where they are penciled for an international friendly against the Kuwait national football team.

The match, which will be Australia’s first piece of action since the 2018 FIFA World Cup, is meant to provide the newly-appointed Graham Arnold with a tidy assessment of his side, ahead of their defence of the Asian Cup in January.

Australia were well beaten the last time it took to the turf in a disheartening 2-0 defeat to Peru in their final match of Group C in Russia.

The bout was a dead rubber match for Peru who had already been eliminated from the tournament following two successive defeats, but that mattered little for the South American side, as they upstaged Australia, which needed an unlikely win to proceed to the knockout stages of the tournament.

Peru went ahead and stole the lead in the 18th minute when Andre Carrillo let fly with a low volley from 15 yards to beat goalkeeper Mathew Ryan, whereas the defense on the opposing end of the pitch proved impermeable, as Anderson Santamaria made a last dash clearance to deny Mathew Leckie from finding the equalizer from close range.

Skipper Paolo Guerrero, who only made it to the tournament after a tribunal overturned his 14-month drug ban, put the result beyond reach for Australia with a fiery shot into the far corner five minutes after the restart; one that assured La Blanquirroja of their first win at a World Cup finals since 1978.

Australia, after a turbulent campaign in Russia, finished bottom of the group with a paltry point- perhaps endemic of their dwindling performances at the biggest stage of them all.

Despite being as dry as a raisin during his first stint as Australia’s manager more than a decade ago, Graham Arnold’s second spell in charge alluringly promises to herald a new dawn for the Socceroos.

The veteran’s first match in charge on his return will be Monday’s friendly against Kuwait, before the green and gold wrap up preparations for their defense of the continental title with friendly matches against South Korea and Lebanon in November.

The insufferably harsh conditions in Kuwait are meant to help the Socceroos to get accustomed to the Middle Eastern climate, seeing as Arnold’s charges will follow the match up with a training camp in the United Arab Emirates – the host nation of the 2019 edition of the Asia Cup.

Graham Arnold is poised to be without the Premier League duo of goalkeeper Mat Ryan and midfielder Aaron Mooy who have been ruled out with injuries, whereas further vacancy has been created following the retirement of Mile Jedinak from international football.

This could nonetheless give a chance to Danny Vukovic between the sticks, whilst the likes of Massimo Luongo and Jackson Irvine should be high up the pecking order.

Fringe players in Awer Mabil, Denis Genreau and Thomas Deng should also be able to get a fair bit of minutes under their belts in the match.

On top of that, excitement still surrounds the development of young gun Daniel Arzani, who will wear the green and gold for the first time since wowing at the World Cup and signing at Celtic thereafter.

The Kuwait national football team was unable to feature in both the 2018 World Cup qualifiers and 2019 Asian Cup qualifiers due to a two-year ban by FIFA that was only lifted 12 months ago.

Be that as it may, as much as Al-Azraq will be hoping to muster a win on home soil, anything other than an Australian triumph is highly unlikely.

Australia to win – keep an eye on odds at BetOnline
Total match goals Under 2.5 – at BetOnline