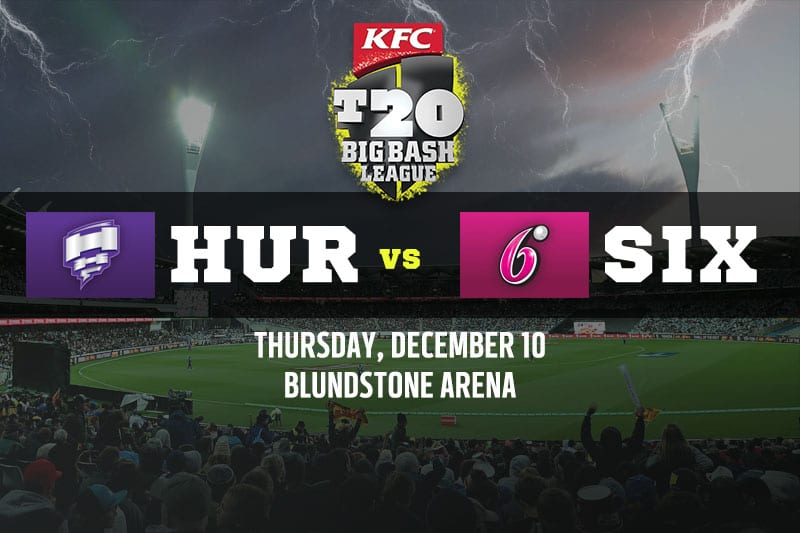 BBL10 is here, and we get underway with the Hobart Hurricanes hosting the defending-champion Sydney Sixers at Blundstone Arena on Thursday night.

The Sixers will be looking to get their title defence off to a positive start, whereas the Hurricanes will be sweating on the availability of the dynamic opening duo of Matthew Wade and D’Arcy Short on the back of their international duties.

We’ve taken a look at the latest BBL betting markets for Thursday’s clash and come up with a trio of tips to get the season started.

The Sixers on paper may look slightly depleted without the services of Tom Curran and plenty of their international stars, but they still have plenty of firepower to fall back on at the top of the order, some handy bowlers who just know how to get the job done, and they’re just an out-and-out professional outfit. With international recruits James Vince and Carlos Braithwaite to join them in their opening match, the Sixers look hard to ignore in the opening game of BBL10.

One of the shining lights of BBL09 was Josh Philippe, who will combine with the experienced Daniel Hughes at the top of the order in BBL10. With both showing some impressive form in recent trial matches, they look set to go big on Thursday night. Philippe and Hughes only had one 70+ opening stand in BBL09, but both are looking to push international claims this summer and will want to start off on the right foot.

The joint-leading wicket-taker for the Sydney Sixers in BBL09 with Tom Curran, Ben Dwarshuis will be looking to lead a depleted bowling attack in fine style. He’s a bowler who predominantly strikes in the death overs, but he’s been known to take a pole or two in PowerPlay as well. The ball tends to swing early on in Hobart, which makes Dwarshuis a dangerous opponent first up for the Hurricanes.