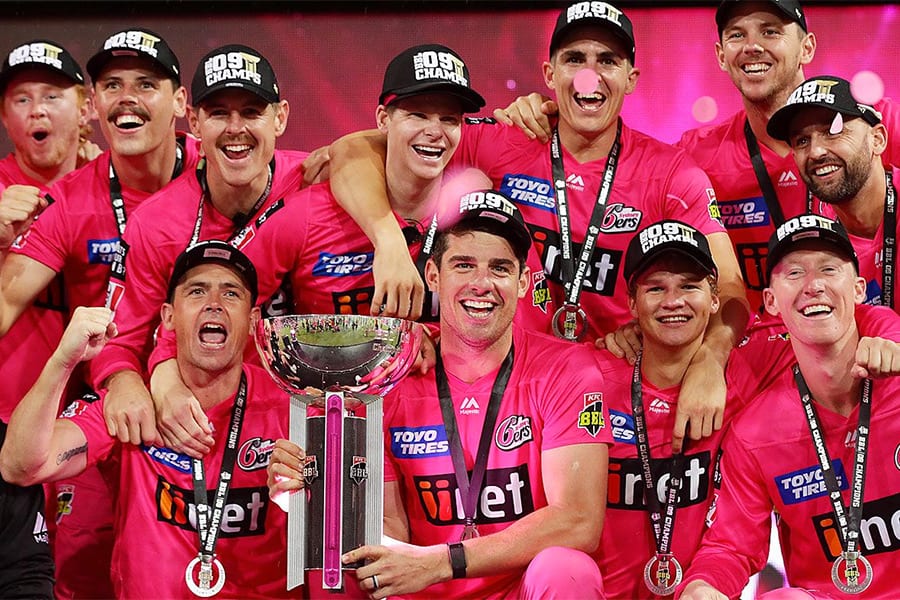 Only one franchise has ever won consecutive titles throughout the BBL’s nine-year run – the Perth Scorchers in 2013/14 and 2014/15.

The Sixers have plenty of expectations to fulfil this season, so let’s see where they sit in the major BBL betting markets for 2020/21.

The 2019/20 season couldn’t have gone better for the Sixers, who defeated a strong Melbourne Stars side in a Final that was expected to be rained out.

The Sixers weren’t the best team throughout the season, as they finished second overall for points with nine wins and third-best for net run rate.

A big part of the squad’s improvement came from 23-year-old wicketkeeper Josh Philippe, who had a breakout season with the bat and won the Man of the Match award in the Final.

Most of the winning pillars that carried the Sixers last season will return for another year, although English seamer Tom Curran recently pulled out of the tournament.

A handful of Australian international players will miss games throughout the season, but with Josh Philippe, Ben Dwarshuis, Lloyd Pope and Jordan Silk still listed, the squad has plenty of depth.

Out of the top four competitors this season, the Sydney Sixers have one of the most balanced teams with loads of all-round talent.

Ben Dwarshuis and Josh Philippe still have room for improvement, which is a scary thought considering how effective they were last season.

Even with Curran pulling out, the Sixers have plenty of bowling depth with Dwarshuis, Carlos Brathwaite, Jason Holder, Dan Christian, and the spin of Lloyd Pope and Steve O’Keefe.

Once they make the finals and bring back their Australian superstars in Nathan Lyon, Mitchell Starc and possibly Sean Abbott, the Sixers will be very hard to beat.

Sydney Sixers top tournament runscorer
It’s never a bad option to take the favourite, and we believe Josh Philippe is the right man for the Sixers.

Not only did the impressive keeper average 37 runs per game in BBL09, but he did it at only 22 years of age. The upside is there for all to see.

James Vince and Daniel Hughes are solid batting options and more experienced players, but we don’t think they will improve and make more runs than Philippe.

Philippe finished third in the league for runs made in BBL09, behind only Alex Hales and Marcus Stoinis, and made 150 more runs than his next teammate.

Sydney Sixers top tournament wicket-taker
With Tom Curran out and Sean Abbott set to miss games as part of Australia’s Test squad, the Sixers will have to look elsewhere for their wickets this summer.

Carlos Brathwaite is the flashy choice, but Ben Dwarshuis looks the way to go as the $3 favourite.

The 26-year-old seamer has emerged as a reliable performer at this level and should relish the opportunity to take on more responsibility this season.