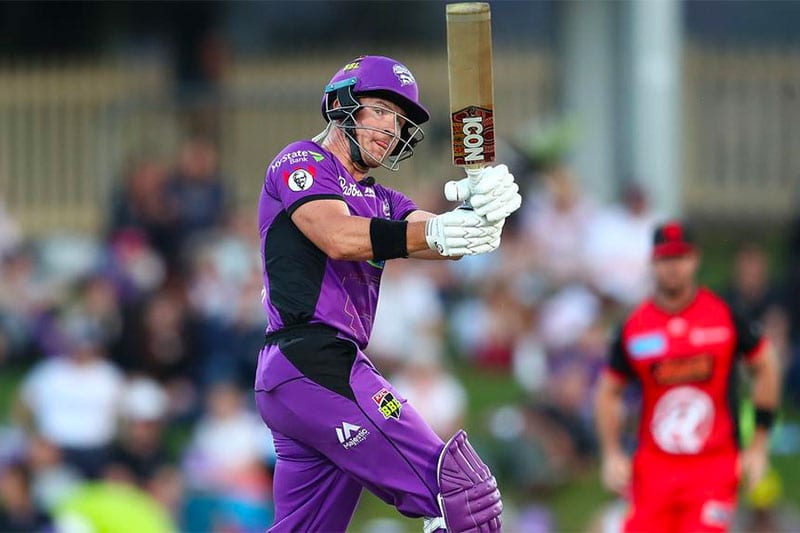 Will the Hobart Hurricanes prove their doubters wrong in the upcoming Big Bash League season, or will they fall behind the pack as many online bookmakers expect?

The BBL 2020-21 campaign begins on December 10 when the Canes host the Sydney Sixers at Blundstone Arena in Tasmania.

A new bowling dynamic has been forced onto the Hurricanes, but will it make a difference when they boast some of the best hitters in the league?

The Hobart Hurricanes found themselves in the history books in the 2019-20 season, officially becoming the first team to lose in the Eliminator as they finished fourth and lost to the fifth-placed Sydney Thunder.

With Jofra Archer leaving and Riley Meredith missing much of the season through injury, the Hurricanes lacked the firepower that had made them such a threat in previous years.

D’Arcy Short and Ben McDermott were good with the willow, but the spin combination of Qais Ahmed and Clive Rose wasn’t strong enough for the Canes to advance in the finals.

English allrounder Will Jacks will be available for the entirety of BBL10, and the 22-year-old looks primed for a breakout season in his new purple uniform.

D’Arcy Short and Matthew Wade will lead the way with the bat, and the likes of Dawid Malan, Peter Handscomb and Tim Paine bring a ton of international-level quality to the squad.

Much like the Brisbane Heat, the Hurricanes will play most of their home games before taking multiple interstate trips.

The Canes will play only six games in Tassie this season, with five at Blundstone Arena and the other at Launceston’s University of Tasmania Stadium.

All of those will come in the opening eight rounds, which puts the Hurricanes in a good position to get wins on the board early in the campaign.

Big Bash League outright winner
The expectations are low for the Hurricanes now, but they could shock some punters and BBL betting sites if they can get their early wins at home.

Their bowling lineup isn’t quite the same post-Jofra, but with some extremely good batsmen in the shed, you never know what the Canes could achieve.

We expect another finish inside the top five for Hobart this season, as Dawid Malan and Peter Handscomb provide exceptional experience and class to their top order.

Hobart Hurricanes top tournament runscorer
D’Arcy Short is as good a hitter as anyone in the BBL, but it’s his ability to consistently protect his wicket that sets him apart.

Dawid Malan has been labelled England’s best T20 batsmen, but he won’t be available before Christmas due to international duties, meaning Short will get a big head start.

Matthew Wade is well back in the market due to his upcoming international duties, but Peter Handscomb will play most games and could be a possible smokey.

Hobart Hurricanes top tournament wicket-taker
The usual suspects lead the way in the wicket-taker market as the Hurricanes’ spread of bowlers have no genuine standout.

Unless James Faulkner winds back the clock and has a great season, we suspect one of the top three contenders will take the most wickets.

Riley Meredith is the most dangerous as his variation and unpredictability can catch batsmen off guard, but the consistency of Nathan Ellis and Scott Boland is also worth considering.

We favour Meredith, who has 27 wickets from 21 BBL appearances and is clearly the most explosive of the Hobart seamers.