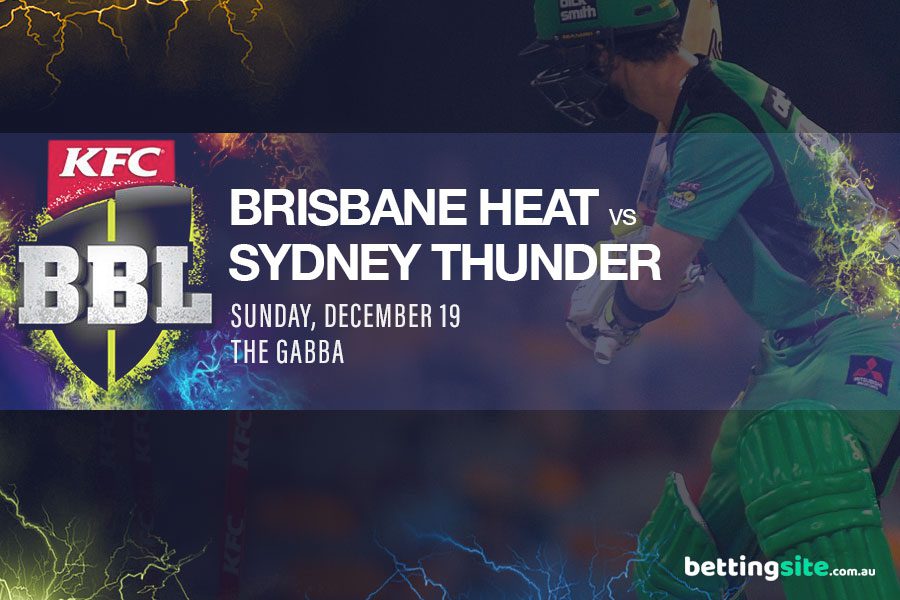 After notching their first win of the 2021/22 Big Bash League season, the Brisbane Heat will be looking to go back-to-back when they play host to the Sydney Thunder at the Gabba this Sunday.

The Heat were well beaten by the Thunder in their opener and followed that with a six-run defeat to the Scorchers, but they were far too good for the Melbourne Renegades last Monday as they romped to a five-wicket win with more than three overs to spare.

The Brisbane bowlers did an excellent containment job, with Mackenzie Harvey the only batter in the Renegades’ top five to strike at better than 100 as the Melburnian side posted 6/140. Brisk knocks from Chris Lynn (32 off 15) and Sam Heazlett (44 off 29) made sure of the result.

The Sydney Thunder also come into this clash with a win and two losses to their name following a pair of defeats to the Melbourne Stars, going down by four runs at the MCG last Friday and then copping a six-wicket loss at home two days later.

Perhaps the biggest concern out of those results is the form of Daniel Sams, who returned combined bowling figures of 0/86 from seven overs. The allrounder has looked yippy in some pressure moments, so he will be under the pump this weekend.

The Thunder will also want to see a lot more from their top order, where Alex Hales and new recruit Sam Whiteman have both struggled. With Usman Khawaja still part of Australia’s Ashes squad (and looking more and more likely to replace the battling Marcus Harris), the Thunder need their other big names to start delivering.

While the Thunder’s openers have floundered so far this season, their middle-order players have shown plenty. The pick of those has been Alex Ross, who sits fourth in the BBL11 batting charts with 155 runs from three innings. The former South Australia representative played a lone hand in the most recent loss to the Stars with a fighting 77 not out from 49 balls, and the Thunder might need more of the same from him on Sunday night.

Plenty of Big Bash viewers will have never heard of Liam Guthrie until the last couple of weeks, but the 24-year-old seamer has been the pick of the Brisbane Heat bowlers in the early stages of the season. Guthrie has taken at least one wicket in every game so far while striking at 16.5 balls per dismissal, and that is the kind of form line we can get behind.

While both of these sides could easily be 2-1 after three games, they have trended in different directions since the start of the season. The Thunder have some absolute guns in their XI, but there are too many questions to be answered about their form right now. With Lynn starting to find some touch, it is hard to bet against the Heat at the Gabba.