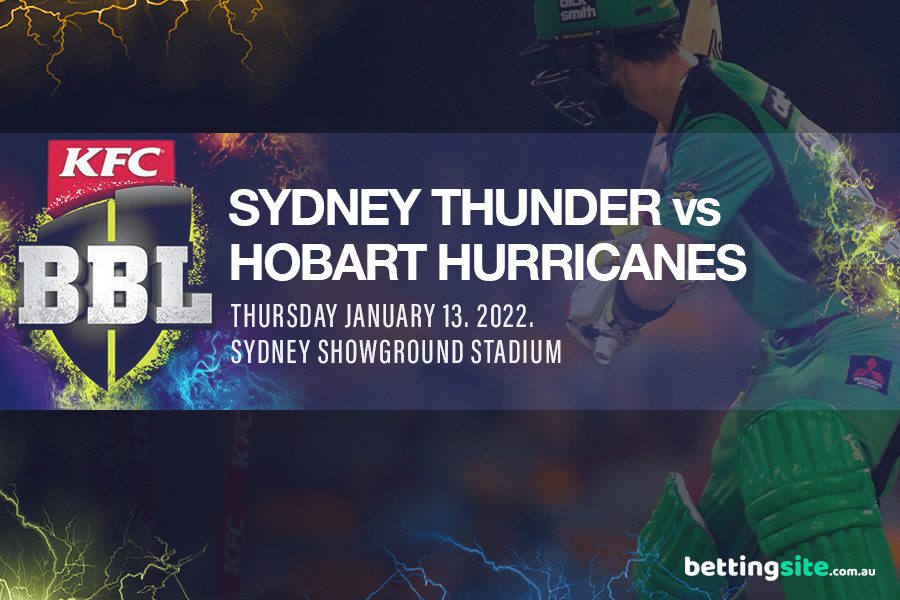 On Monday the Sydney Thunder team bruised past the Hobart Hurricanes by 9 wickets in their BBL clash and there’s no reason why there can’t be a repetition of that here. Sydney Thunder are certainties to make the final four now and they seem to be hitting their best form when it matters. They love playing at their homeground and Alex Hales is now scoring runs again due to him sticking to his game plan.

Daniel Sams has taken at least one wicket in the last eight games and he should collect some more here on a wicket which suits his high bounce. Englishman Saqib Mahmood has taken wickets in every game that he has played this season but in the last two games he has conceded more than forty runs off his bowling. That really is the only viable concern they have at this stage and a tighter line aimed at off and middle stump with a midwicket and a longo n should sort that problem out.

The Hobart Hurricanes are blessed to have Ben McDermott in such fine form this season and he’s starting to perform with the gloves as a stand-in wicket keeper as well. D’Arcy Short has only scored one fifty this summer but the signs are there that he could break through in this game and all he needs is some luck and he’ll be back in business. Tom Rogers has been putting in worthy performances all season with his medium-fast bowling and it’s crucial that he does so again if the Hurricanes are to have any chance of winning. Riley Meredith aso has the happy knack of keeping it tight in just about every game that he bowls in with his right arm fast bowling and he’ll love the bouncy wicket.

The ball flies to all parts of the Sydney Showgrounds when the bowlers make the slightest error and plenty of runs are scored behind the wicket. Likewise, the batter that shows he’s uncomfortable against the bouncer becomes a target but it also rewards spin bowlers who can fool the batters into playing big shots that just aren’t cost effective. The Sydney Strikers know this ground very well and they’re in form and for that reason I’m favouring them to win easily.

There are some pretty healthy odds available considering the result of the last game between the two teams. Sydney Thunder look to be in good form with six wins in a row. Alex Hales isn’t quite there yet with his form but his last game showed that he’s back and that means they’re capable of being serious title contenders. Another tight effort in the field means trouble for the opposition batters because there aren’t too many of the Sydney Thunder’s bowlers who have gone for more than 40 runs this season.

Last season’s top scorer is an imposing sight when he’s in form and the ball makes an extraordinarily loud sound when he hits the ball correctly. He loves to intimidate with his huge hits and he has now scored 80 not out and 63 in his last two games. The Hobart Hurricanes can only hope that he plays a rash shot early in his innings because once he gets past thirty he becomes very difficult to stop. Just needs some support at the other end to settle him down as well and he’ll enjoy the fact that he can get the bat underneath the ball on this wicket.