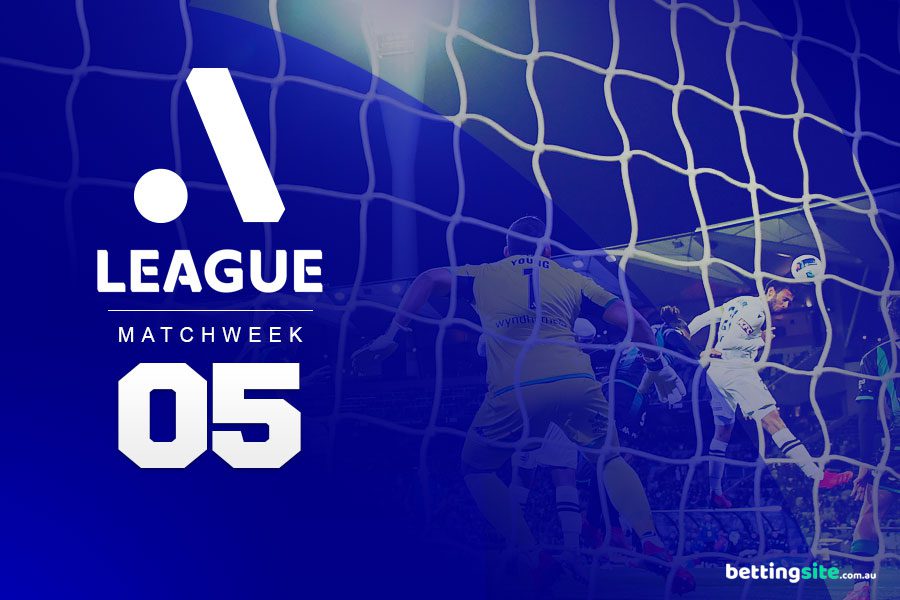 The latest edition of the Melbourne Derby takes place this Saturday in Matchweek 5 of the 2021/22 A-League Men season. That matchup along with the Macarthur FC vs Newcastle Jets and Western United vs Adelaide United are featured in our A-League betting tips for this weekend.

After losing their first match 1-0 to Melbourne Victory, Western United (3-0-1) have reeled off three straight 1-0 wins over Perth Glory, Melbourne City and Brisbane Roar. They will look to extend winning streak to four straight games when hosting Adelaide United (0-3-1) this Friday. The Reds are still looking for their first win of the 2021-22 season after having a string of three straight draws snapped with a 2-1 loss to Melbourne Victory.

While Western United would make for a fine bet in this matchup given their home-field advantage and the current form discrepancy between these two clubs, a play on the UNDER 2.5 goals seems to be the obvious choice. Each of Western United’s four games this season have produced exactly one total goal, and the last two matches between these sides have finished in 0-0 draws. Nothing so far this season points to a high-scoring affair in this one.

The Melbourne Derby has been an incredibly even rivalry, as these two clubs share a 13-9-13 record against one another. Melbourne Victory (3-0-1) and Melbourne City (2-1-1) both enter this matchup having won their last match after losing their previous one.

Last season, City cruised to a 6-0 win on the road and a 7-0 win at home over Victory before the two clubs settled for a 1-1 draw in their third and final game of 2020-2021 thanks to a goal in the 95th minute by Victory’s Lleyton Brooks. The current gap between City (first place in 2020-21 with 49 points) and Victory (last place in 2020-21 with 19 points) doesn’t look as wide as it did last year, but we still have to roll with the defending champions at home.

Macarthur FC (3-1-0) enter Matchweek 5 as the only undefeated team on the A-League table. They opened the season with a 1-1 draw against Wellington Phoenix and have since outscored their opponents 4-0 across three straight wins.

The Newcastle Jets (1-2-1) have earned points in each of their last three matches since losing their opener to the Central Coast Mariners, drawing with Western Sydney Wanderers and Sydney FC 2-2, and crushing Wellington Phoenix 4-0 last Friday. Something has to give in this one with Macarthur averaging a total of 1.5 goals per game and Newcastle averaging a total of 3.75 per game. We’re leaning towards the Jets pushing the tempo enough to get to at least three total goals.