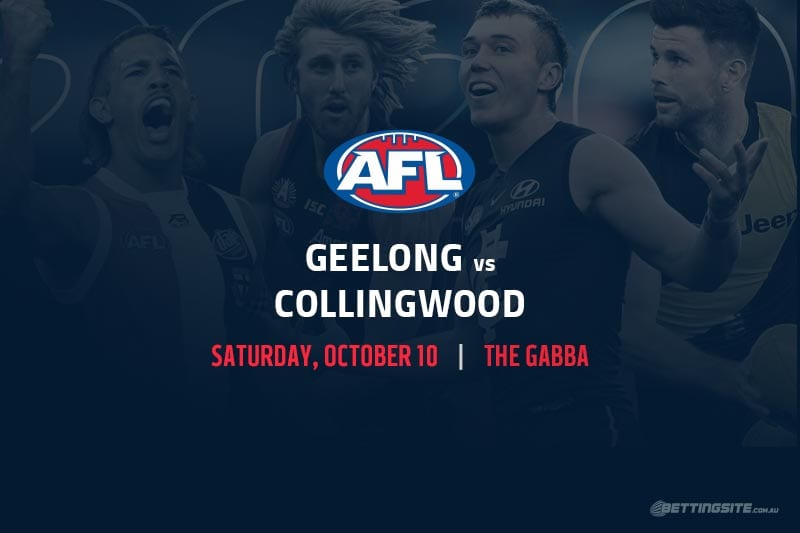 The winner of this semi final will take on the Brisbane Lions in the prelims next week, but whether it will be the favourites in Geelong or the unpredictable Collingwood is up for debate.

You couldn’t fault the Magpies in their upset win against the Eagles in Perth, as the gameplan worked and the team executed it well.

The same cannot be said about the Cats, who were shocking in front of goal with five goals and 12 behinds in their loss to Port Adelaide.

Joel Selwood’s fitness is the only factor for selection this week, as Jack Steven has already been ruled out. Selwood must complete a fitness test during the week but appears unlikely to play.

Mason Cox and Darcy Cameron worked exceptionally together last week, but will Nathan Buckley go with the same tall setup at the dewy Gabba?

Jack Crisp didn’t light the world on fire against the Eagles, but he averaged over 25 touches per game in the four rounds prior. The ultra-reliable defender notched up 20 disposals against the Cats earlier in the season when given a chance in the midfield. Crisp is crucial to the Magpies’ ball movement and will be in the thick of the action this Saturday.

Plenty of interesting notes must be taken from round seven’s game between Geelong and Collingwood, where Tom Hawkins went goalless and Jordan De Goey put through five majors. The odds for De Goey to kick another couple of goals are very enticing, especially considering he kicked multiple goals against a tough West Coast defence last week without being Collingwood’s focal point going forward.

The Pies have won the last two clashes against Geelong and did it comfortably in round seven this year, when they had eight extra shots on goal. Accuracy is crucial when it comes to winning games of football, which is why we will be taking the straight-shooting Magpies over the inaccurate Cats.