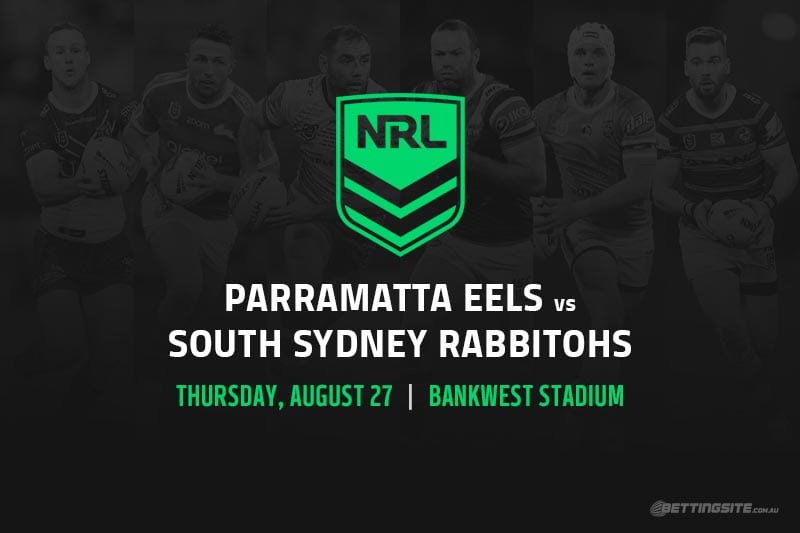 Thursday’s NRL clash between the Parramatta Eels and South Sydney Rabbitohs is shaping up as awfully tricky to predict.

South Sydney’s 58-point clinic against Manly has them primed for a shot to finally beat a team above them on the ladder, while Parramatta’s win over Melbourne somehow gave their critics more ammunition to fire against them.

The Eels will start as the $1.47 favourites, which comes largely from the benefit of sitting in third place, while the seventh-placed Rabbitohs will attract plenty of interest at the $2.95 price.

Parra have averaged just 16 points per game in their last seven matches, which is a stark drop from the 26.75 points they were putting up in their first eight games of the season.

While they have won five of their last seven, the issues with the Eels’ attack are no longer just a blip on the radar.

South Sydney have won four in a row while scoring 28 or more points in each contest, although they conceded 30 to the Cowboys and 24 to the Dragons.

While the Eels have their issues in attack, they are a much better side than any the Rabbitohs have faced in the last month.

It must also be remembered Souths are 0-5 against teams currently higher on the ladder than them, so it shapes as an enormous game for the Redfern boys.

The form suggests the $2.90 on offer for Parramatta 1-12 is the way to go given their shaky attack in recent weeks.

The $3.75 on offer for Souths at the same margin will no doubt attract huge attention off the back of the 40-point win over the Sea Eagles.

The over/under of 37.5 is also going to be tough to predict, as generally happens when great defence meets exciting offence.

Alex Johnston had a field day down the left side for the Bunnies last start, scoring a double before copping a head knock and failing his HIA.

With Johnston ruled out this week, you might consider his replacement, Corey Allan, at a healthy $15 in the first tryscorer betting.

Best bets for Eels vs Rabbitohs