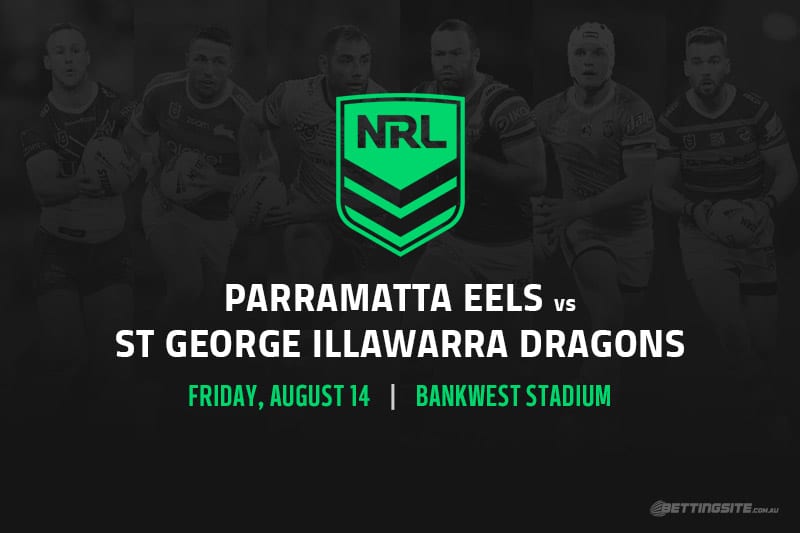 If there is one thing we’ve been reminded of in the past seven days, it is that controversy is never too far away in rugby league.

Paul McGregor will take charge of the St George Illawarra Dragons for this clash, but several media sources are reporting that it will be his last as the club’s head coach.

Why they’re making the change now with six games left in the season is anyone’s guess, but you can expect to see a distracted team who may try hard yet ultimately fall short.

The Parramatta Eels haven’t been setting the world on fire of late, but their $1.22 price reflects the Dragons’ string of losses and the impending axing of their coach more than anything else.

The 1-12 margin on the opposition has been a profitable market in Saints games lately, and the Eels are paying $3 in that market this week.

Each of Parra’s last five games have been decided by 12 points or less, with Brad Arthur’s men winning four of those, so there seems to be a bit of a trend.

Wet weather is forecasted for Friday evening at Bankwest Stadium, and that could spell a bit of trouble for Eels winger Maika Sivo.

The Fijian sensation showed his vulnerability defending kicks last start against Cronulla, with the big unit slow to turn and chase in horrific conditions at Kogarah.

That thrusts Zac Lomax and Jordan Pereira straight to the top of the first tryscorer markets, and both should be included as an anytime tryscorers on same-game multis.

Dylan Brown showed against the Sharks how dangerous he is running the football and should be given plenty of consideration to cross the stripe first, while Michael Jennings outside him should also give punters decent value.

Best bets for Eels vs Dragons