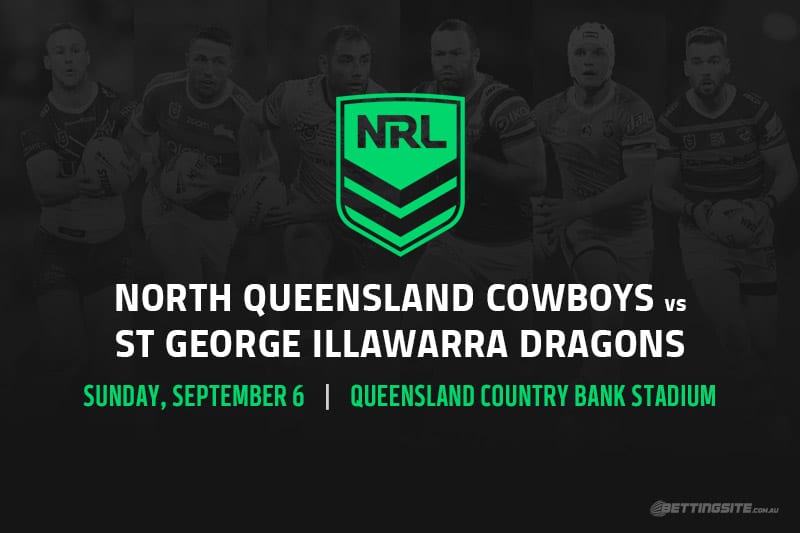 This doesn’t fire up the imagination for the neutral fans, but it might give us some fun NRL betting options for a Sunday afternoon.

Believe it or not, the North Queensland Cowboys are on the verge of losing their 10th consecutive game.

They will throw some caution to the wind by recalling Esan Marsters, who has been hugely disappointing in 2020, as well as moving Valentine Holmes back to fullback and Hamiso Tabuai-Fidow to the wing.

No Michael Morgan gives Jake Clifford another chance to show off his skills, and he has shown real promise this year as a first-receiver.

It’s a case of musical chairs with the Cowboys lineup, but the St George Illawarra Dragons have found some consistency with their squad in recent weeks.

As they come up against a team who can still get the wooden spoon, the statistics are in the Red V’s favour.

They’ve scored at least 20 points in seven of their 14 games since the competition restarted and bagged wins against Parramatta and Cronulla.

They are clear $1.65 favourites and, despite their late collapse against the Titans, have played well against other teams in the bottom half of the ladder.

A Dragons 13+ win at $3.40 is a real possibility even though the game is in Townsville, while the over 42.5 looks the way to go on the total points line.

Also think long and hard about taking Jordan Pereira at $8.50 to score two or more tries from the Saints’ left wing, as the aforementioned Marsters’ decision making at right centre has been awfully suspect.

Kyle Feldt at $9 to score first makes sense for the Cowboys, but Mitch Dunn on the edge may pose the Saints a few problems and at $26 is the definition of a fun bet.

Best bets for Cowboys vs Dragons