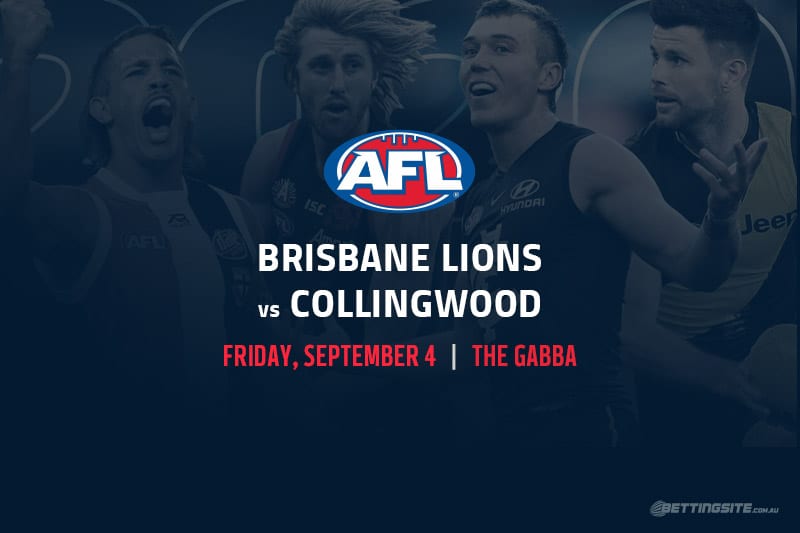 Round 15 comes to a conclusion on Friday night as the Brisbane Lions host Collingwood in a game that has massive finals ramifications for both sides.

If Brisbane can snare the four points, they keep the top two fight going strongly. But if they slip up, it’ll be an uphill battle to try and get that home qualifying final they desperately crave.

The Collingwood Magpies need to snare one more win in their last three games to secure a place in the top eight. As each match passes with that hanging over their heads, it’ll get tougher and tougher for the playing group to handle.

If recent form is anything to go by, the Pies will need to play a solid four quarters to have any chance against one of this year’s flag fancies.

Collingwood did what they needed to do when defeating Carlton, running over the top of them in the last quarter. The Pies were far from impressive in the first three quarters, however, and showed not much threat when going forward. Brisbane are fresh off a bye, and it looked like they needed the extended break when just falling over the line against North Melbourne and St Kilda. Expect the Lions to fine tune their performances leading into the finals, beginning with a solid win in this assignment against the Pies.

With Charlie Cameron likely to suffer Brayden Maynard’s company for the night, the Lions will need to find some different avenues to goal. Enter Eric Hipwood. Although he kicked a bag of five against the Western Bulldogs three games back, the rangy forward has struggled to impact the scoreboard on a regular basis in 2020. Hipwood will most likely get Darcy Moore on Friday night, but the Lions will want to target their spearhead as often as possible and give him every chance to find some form before the finals series.

Hugh McCluggage is one of those Lions who have taken their game to the next level under Chris Fagan. The former no.3 pick is averaging a tick over 18 touches a game this year and has built a strong case for an All Australian selection on the wing. If we exclude his 12-possession game against North Melbourne, McCluggage comes in off a solid run with 22 against the Tigers, 21 against the Bulldogs and 19 against the Saints. Here’s hoping he goes one better on Friday night and gets this leg ticked off for the punters.