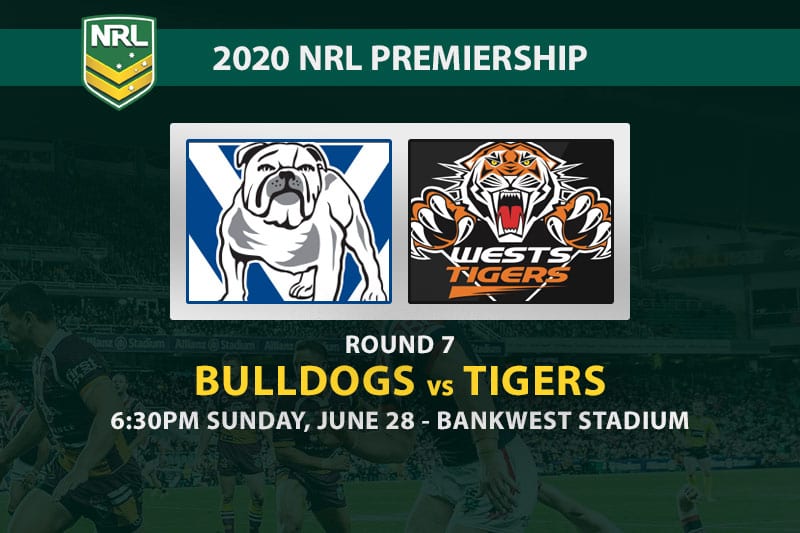 This is an absolute danger game for the Wests Tigers, who have a habit of chocking whenever they start as short-price favourites.

After a great win in round three over Cronulla, they collapsed in a heap to give the Titans their only win of the year. It was a game they were expected to win handsomely and they lead by 12 points twice.

Fast forward a few weeks, the Tigers were brave in defeat to Canberra and blew the socks off the Cowboys in a 34-0 first-half assault.

They now head into another clash they are expected to win comfortably, which is not a situation that has served them well in the last five years.

Without being hyperbolic, a win could set Wests’ season up for a finals berth and a loss may consign them to another ninth-place finish.

In their two clashes with the Tigers in 2019, the Canterbury Bulldogs were underdogs on both occasions and did the double.

They will relish that position again and offer a bit of value as $2.70 outsiders, even with all the rumours surrounding the impending axing of coach Dean Pay.

The Tigers have scored first in 80% of their matches this season, so the odds are telling punters to get on one of their players in the first tryscorer betting.

Harry Grant and Luke Brooks might be two good options at long odds, as the Bulldogs can be rather soft in the middle.

If you think Canterbury can make a late push for a win, you can get $10 at BetOnline for Tigers/Bulldogs as a half-time/full-time combination. Considering the way Wests lost to the Titans in round three, there is every chance they could fall over late.