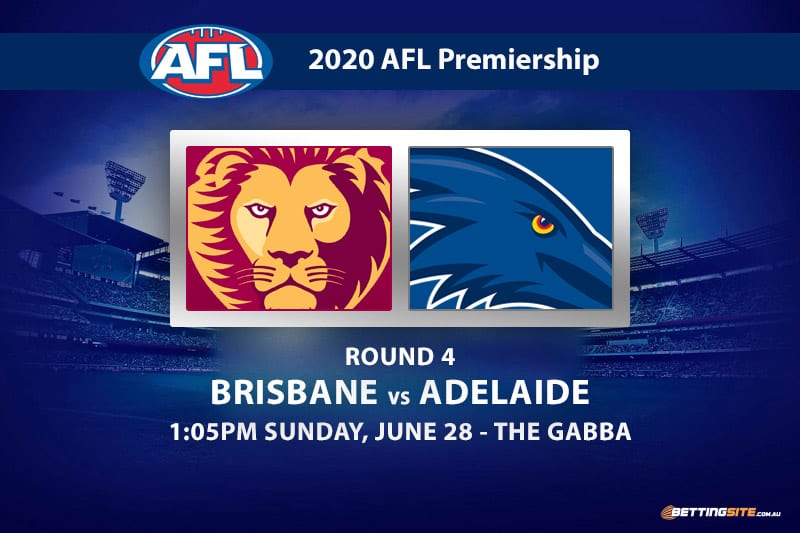 The Adelaide Crows will be fighting for pride and their first win of the 2020 AFL Premiership season when they take on the Brisbane Lions at the Gabba this Sunday afternoon.

Sitting at the bottom of the ladder and copping it from all angles, the Crows have a hell of a lot of work to do after their 53-point loss to the Gold Coast Suns.

The Lions found their rhythm last week against the West Coast Eagles, beating the 2018 premiers by five goals despite the absence of captain Dayne Zorko.

There has been plenty of discussions surrounding Adelaide’s list management, as several players that left the club in recent years are now thriving elsewhere.

Brisbane stars Charlie Cameron and Jarryd Lyons top that list, and both will be geared up for this clash against their old team.

The Crows need to lift, it is as simple as that, but the Lions will view this as a golden opportunity to rack some percentage and bolster their finals chances.

Although his disposal count has been down in 2020, this is a great chance for Dayne Zorko to find some touch. The diminutive Brisbane captain is stronger than he looks and has pace to burn, and those traits allow him to burst through packs and break tackles with regularity. Zorko recorded his personal best of 38 touches against the Crows back in 2016.

Some players are simply too competitive to allow their teams to be embarrassed week after week, and Rory Sloane is that type of player. The Adelaide captain has failed to make any real impact since the restart, so he needs to lift his teammates and lead by example this weekend.

Not much thought needs to go into the goalkicking tips for the Lions this week. Charlie Cameron has played his old club once before, and he had eight scoring shots for three goals and five behinds. We see the blistering pace of Cameron destroying the Adelaide back line in this match, as the Crows don’t seem to have a good matchup for him.

Scoring has been the biggest issue for the Crows this season, as they are averaging an abysmal 45 points per game in 2020. With the forwards providing very little, we think Brad Crouch needs to work his way inside 50 and kick one himself. The ball magnet is no stranger to the goals, as he kicked 11 last season from the midfield.

Perfect conditions are expected at the Gabba, meaning the teams will get full usage of their kicking ability. These two clubs have exceeded 140 total points in four of their combined six matches this season, so expect plenty of scoring – albeit mostly in one direction – under the clear Brisbane sky.

Brisbane Lions to win by 40+ points

We cannot see the Crows doing much against the Lions after what we saw from both teams last round. Dayne Zorko adds to the already classy Brisbane midfield and the injury to Rory Atkins leaves Adelaide without pace on the wing. Back in Chris Fagan’s boys to storm home this Sunday.