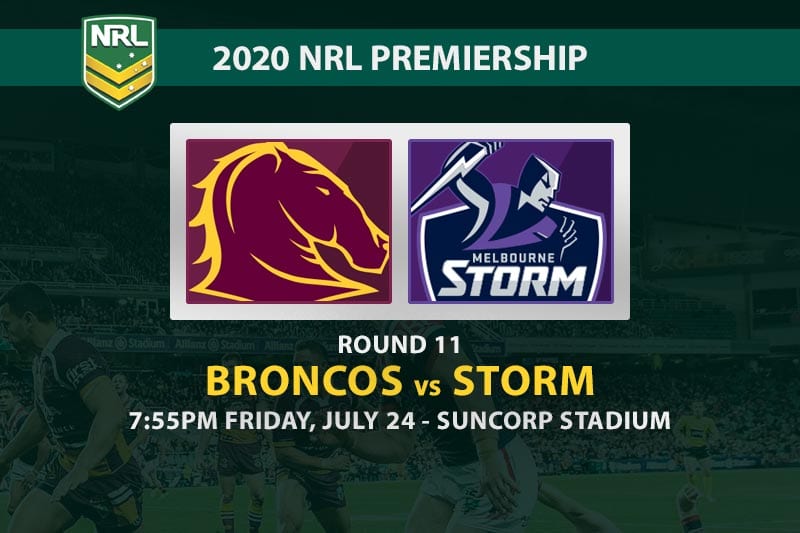 The Brisbane Broncos have copped an absolute hammering over recent weeks, all deserved, but there is one stat that will show you the depths of their despair.

At $8.25 for their clash against the Melbourne Storm this Friday night, it is the longest price they have ever been in any game during their 32-year history. Simply outrageous.

Adding to that, the Storm’s head-to-head record over Brisbane is staggering – 33 wins in 48 games – and this week they will attempt to win their eighth in a row against their northern rivals.

While Melbourne have played other clubs at Suncorp Stadium, their overall record at the ground is absurd – 18 wins from 22 matches – and their last loss to the Broncos at the venue was in 2009.

Even if Brisbane were having a good season, you’d be loath to back them, so the only way to have some fun and attempt to turn a profit may be to throw some money on a line which is borderline insulting.

Melbourne at –29.5 points is paying $3.25 at various NRL betting sites, and there are numerous reasons to consider this seemingly outlandish bet.

Brisbane have changed their spine once again and moved Anthony Milford to fullback to accommodate Tom Deardon, so you’d think there is good chance they fail to click in attack against a sound defensive unit.

Melbourne have also beaten up on bad teams recently, and while you never thought you’d put the Broncos in the category of the Titans and Warriors, that is their reality.

The Storm scored 50 and 42 points against those teams in their last two games against bottom-eight opponents. They are also going for a fifth straight win to top it off.

Brisbane’s left-edge defence is a mess, so look for Paul Momirovski to score first at $8, while Kenny Bromwich running towards Brodie Croft at a whopping $51 should also be considered.

Unfortunately for neutral fans, this won’t entertain in the way a game of rugby league should. Perhaps the Gabba would have been a more appropriate venue, because Melbourne should run up a cricket score.

Best bets for Broncos vs Storm