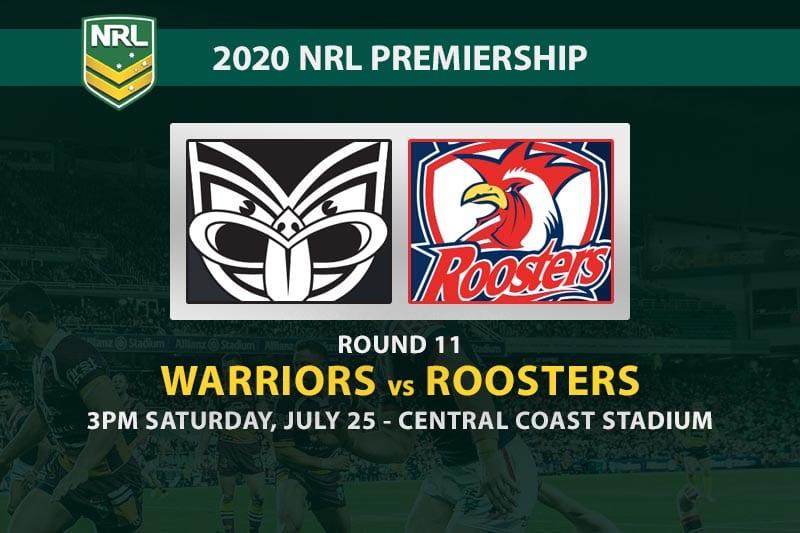 Following on from what is likely to be a lopsided Friday night clash between the Broncos and Storm, this game on the Central Coast is like David taking on Goliath without his trusty slingshot.

The New Zealand Warriors didn’t show up against the Sharks and admitted as much in the fallout of their 46-10 loss, while the Roosters bumbled and stumbled in an error-riddled performance against the Raiders before going down 24-20.

The $11 head-to-head quote would suggest the Warriors are no chance this weekend, but in 2013 the Titans were paying a similar price against the Chooks and caught them napping.

That was the highest price ever for an underdog to get the win, so you’d have to think the odds of it happening again are akin to Harold Holt emerging from the surf.

We singled out some outrageous lines for the Storm on Friday, and the Sydney Roosters should be given much the same treatment with the -34.5 start paying $3.23.

The Tricolours scored 40+ points against the Cowboys, Broncos and Bulldogs, and they also managed 13+ wins over the Rabbitohs and Saints, so it’s not crazy to think they can win by six converted tries.

The $6.50 for the Roosters to win to nil also should be given a thought, as they’ll be looking to send a message after losing two of their last three games.

A Brett Morris double is paying up to $4, and there is no doubt plenty of punters will be all over that one.

Sadly, it’s hard to mount a case for any Warriors players in the tryscoring markets. It could be a long afternoon.

Best bets for Warriors vs Roosters

Sydney Roosters to win to nil