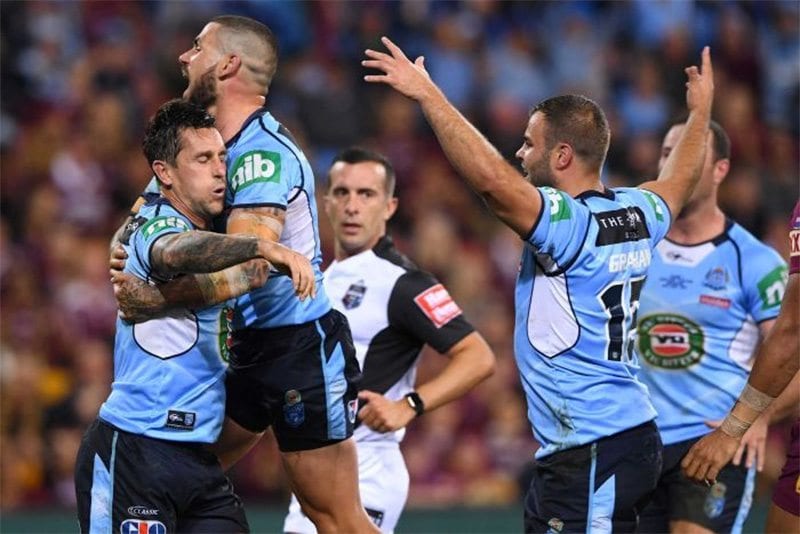 THE announcement of Cameron Smith’s immediate retirement from representative football has seen the NSW Blues favoured to win just their second State Of Origin title in 13 attempts.

Smith’s retirement, coupled with Cooper Cronk and Johnathan Thurston’s departure from the Queensland set-up, has left a gaping hole of experience for the Maroons, and the betting market has reacted to the news.

Online bookmaker Sportsbet has shifted the Blues from $1.75 into $1.57 to win game 1 of the State Of Origin series, while moving Queensland out to $2.40 after having them at the $2.08 mark.

“Only a handful of players can impact betting to this degree and Cam Smith is one of those. Our odds suggest that Queensland are up against it which isn’t something we’ve said much in recent years.”

The next step for the Maroons will be to appoint a replacement for Smith.

Former Queensland legend Billy Moore said Brisbane’s Andrew McCullough and the Sydney Roosters’ Jake Friend should be the contenders for the role.

“These two players have played over 200 NRL matches so they’re not young (both are 28) and haven’t played any Origin,” Moore said.

“I just think they have waited over a decade for this opportunity. So, given the chance there is absolutely no way they will let Queensland down.

“I suppose they’ve got two weeks now to show who can actually fill the role.

“It’s a toss of a coin. I’m probably leaning slightly towards Jake Friend but Andrew McCullough has got two games to say ‘this is my one chance to ever grab a Queensland jersey’. So watch those two payers to perform well over the next two rounds of the NRL.”

The Queensland Maroons are the $2.60 outsiders at Crownbet to win fourth-straight State Of Origin series.