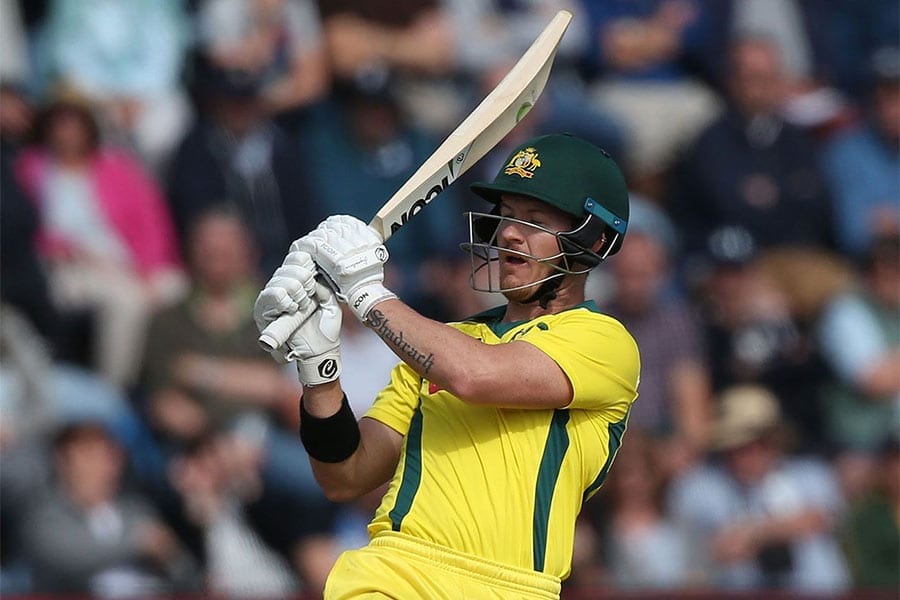 In good news for Australian cricket fans, only a few of the Test team that capitulated against Pakistan are in contention for Thursday’s Twenty20 clash in Abu Dhabi.

Two of those are Aaron Finch and Nathan Lyon, both of whom performed admirably throughout the 1-0 series defeat.

The other is Mitchell Marsh, who will be eager to win back some trust after a horror start in his new role as national vice-captain.

But most observers are more interested in the players coming into the squad for the limited-overs fixtures.

D’Arcy Short was an obvious inclusion on the back of an explosive JLT One Day Cup campaign, the highlight of which was a record-breaking 257 from 148 balls against Queensland.

So too was Ben McDermott, whose 427 runs at 71.16 in the domestic 50-over competition earned him an international debut against the United Arab Emirates on Monday.

Chris Lynn returns to the big stage after topping the JLT batting charts with two centuries and three half-tons in seven digs, while Glenn Maxwell is back despite passing 50 just once in Victoria’s run to the title.

Nathan Coulter-Nile and Billy Stanlake were the pick of the bowlers in Australia’s win over the UAE, each returning figures of 2/20.

The Pakistan squad for the three-match T20 series features much more overlap with the Test team.

Babar Azam, Mohammad Hafeez, Fakhar Zaman and captain Sarfraz Ahmed will don the greens after making significant contributions with the bat in the five-day games.

Veteran allrounder Shoaib Malik is also in the mix, while 20-year-old Shadab Khan should be available after time out with a groin problem.

Another in contention is Imad Wasim, who rides into this series on the back of a well-made hundred in domestic cricket.

Fakhar Zaman ($4 at Sportsbet)
This guy was very impressive on his Test debut and showed his white-ball chops with 66 from 83 balls in the second innings. Never bet against a man in form at the top of the order.

D’Arcy Short ($4.50 at Sportsbet)
In a team littered with world-class ballstrikers, Short might just be the most dangerous of the lot. That 257 in the JLT included 23 sixes, so Pakistan had better have a plan for the WA slogger.

Hasan Ali ($4.33 at Sportsbet)
Nobody thought much of Hasan when he came out to Australia a few years back. Now the world’s batsmen are most wary of a guy who is sneaky quick and has that all-important knack for big wickets.

Nathan Coulter-Nile ($4.50 at Sportsbet)
There is a very good reason this guy gets picked whenever he is fit. The WA paceman has that rare ability to extract life from even the deadest of pitches – a very useful trait in places like Abu Dhabi.

There are several reasons not to trust Pakistan in any cricket betting market. Meanwhile, the green and gold have some exciting young players looking to make their mark and established veterans who know how to beat the best in the world. The Aussies have more than enough quality to deliver the goods at decent value.

Australia to win ($2 at Sportsbet)