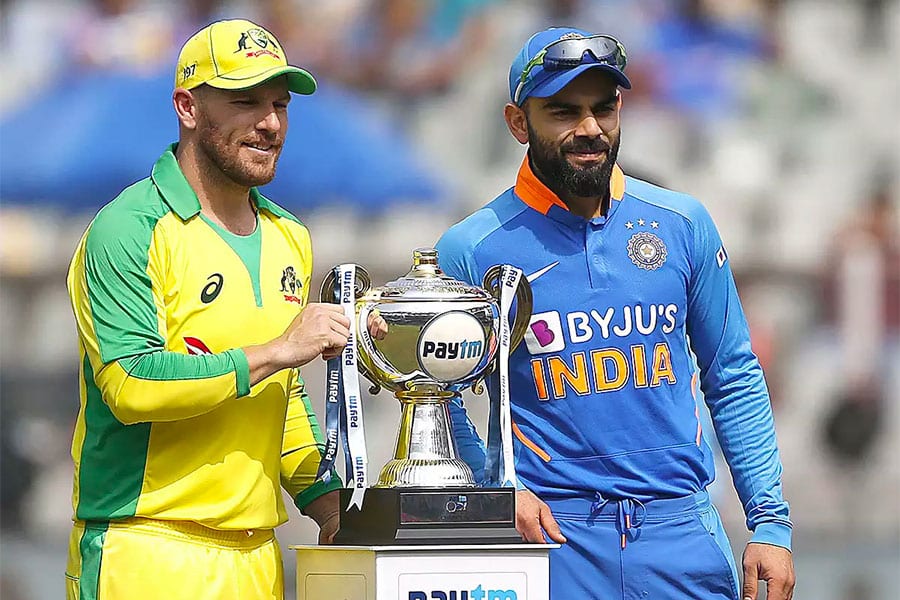 It might be a little later than usual, but Australia’s summer of international cricket kicks off this Friday at the SCG with the first of three One Day International games against India.

Both sides have named close to a full-strength squad for the series, with Rohit Sharma the only notable absentee in either camp. With him out, KL Rahul takes the vice-captaincy and Mayank Agarwal should open the batting with Shikhar Dhawan.

For the Aussies, there aren’t many questions to answer with regards to selection. Steve Smith and Glenn Maxwell were well below their best in the recent Indian Premier League campaign, but both will line up in Sydney.

The head-to-head market for this game started out as a coin flip, but the odds at cricket betting sites have shifted notably in the last few weeks. The hosts have shortened from $1.85 into $1.67, whereas the tourists have drifted from $1.94 out to $2.20.

That might have something to do with the recent activity of each side. While Australia squeezed in a series against England back in September, India’s national teams have not completed a single fixture since the tour of New Zealand that concluded at the start of March.

It’s horses for courses when choosing between Australia’s veteran openers in the shorter formats, and all signs point to David Warner on his home deck. The hard-hitting lefty averages better than 57 in ODI games at the SCG, where he has notched three centuries and five half-tonnes. He also finds the boundary at Sydney more frequently than anywhere else in the world – 97 times in 15 hits. What more do you need?

Given Mitchell Starc’s ordinary record at the SCG in ODI games, there is an opportunity to bet around the favourite here. Josh Hazlewood has struggled against India at times, which leaves Pat Cummins and Adam Zampa as the ones to watch. You can make a strong case for either, but the extra bit of value about Zampa tips him over. The leggy has eight wickets from four games at Sydney, while his record against India is more than respectable.

Who knows how India will go first up from a lengthy spell, but there are plenty of little things pointing towards a win for the hosts. The enforced change at the top of the order for the tourists could be significant, while Australia should be a bit sharper after their recent trip to the UK. Follow the money and back the Aussies to go 1-0 up.