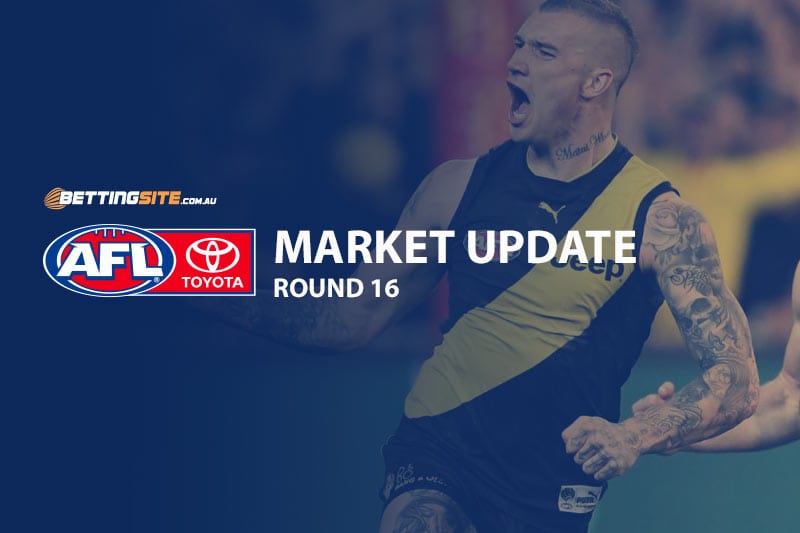 This week’s round of footy is set to be a challenging one to tip and an exciting one to watch.

It begins with a tight Friday night contest, followed by multiple Saturday blockbusters, with three very crucial Sunday matches to finish with.

Best AFL odds for the upcoming round come courtesy of Sportsbet.com.au – one of Australia’s best online bookmakers.

After what was the worst performance the Magpies have produced in years, the Hawks will enter this game filled with confidence. Hawthorn ($2.75) was extremely unlucky to be beaten by the Eagles last week, whilst the Pies ($1.41) were simply awful in their loss to North Melbourne. Anything can happen this Friday night.

Starting off the Saturday fixture will be the Swans and the Bombers at the MCG. The odds are close with Essendon favourites at $1.60, leaving Sydney with $2.25. Although Lance Franklin won’t be playing, you can never count out the Swans with their impressive midfield.

The Suns played good football until the last quarter against the Swans in round 15, whilst the Tigers were able to get a victory over the Saints. Richmond is the obvious favourite as last time these teams played, it was a massive win to the Tigers. The Suns have blown out to $4.80, with the Tigers sitting at $1.16.

One of the most anticipated fixtures of the year will take place at Adelaide Oval this Saturday afternoon. The Crows and Power have both played some good football over the past few weeks, but Adelaide will have shorter odds in this match. The Crows are $1.65, and the Power are not far behind at $2.15.

Win or lose, the seesawing Bulldogs continue to shock us on a regular basis They will host the Cats at Marvel Stadium as long-odds outsiders at $3.32. The premiership favourites are priced at $1.30 for this clash.

We had the Adelaide Showdown earlier in the day, but the night fixture will be the WA Derby. The Dockers and Eagles will battle at Optus Stadium, with the short odds going to the reigning premiers at $1.34. The Dockers are paying $3.10 after losing to the crippled Blues last week.

After one of the most inspiring victories of 2019, the Blues will have a chance to win two matches consecutively when they host the Demons this week. Melbourne is still favourite at $1.40, but if the Blues ($2.90) get back Patrick Cripps, it could be a different story.

The Roos are on a high at the moment after convincingly defeating the Pies last week. They are heavily favoured at $1.28 for Sunday’s game in Hobart against the Saints, who are paying $3.60. The chilly Tasmanian conditions give North a big edge.

Two teams looking at the 2019 finals will battle in Western Sydney when the Lions make their way down to challenge the Giants. Both filled with youth and talent, the Giants ($1.38) and Lions ($3.00) will provide a great contest regardless of who wins.

A handful of upsets last week has thrown the AFL Premiership betting market into chaos. The frontrunner has been Geelong since the beginning of the season, with the Magpies staying close but falling behind slightly after a loss to the Kangaroos. Richmond is back in contention after a win over the Saints, whilst the Lions are making their move too. West Coast is also beginning to start rolling after another win at the MCG.