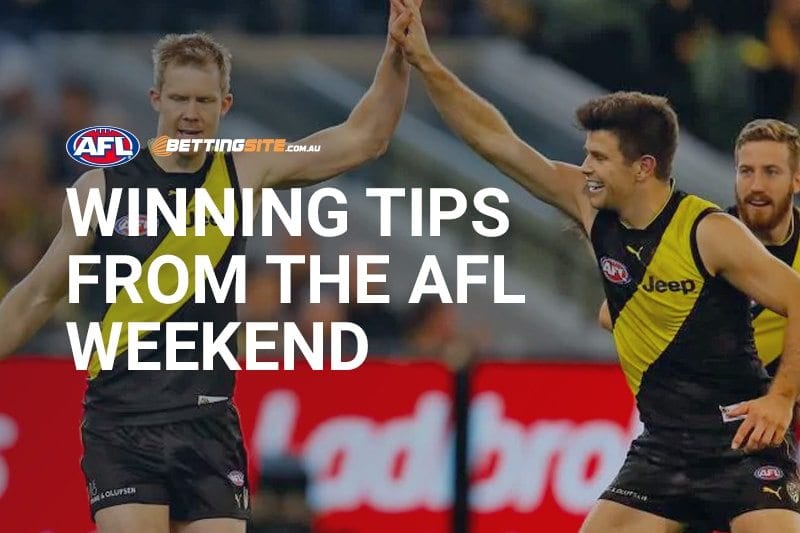 IF you followed our tips across a big weekend of football in Round 9 your wallet will be a bit heavier this week.

An incredible total of 19 correct tips over four match previews provided our punters with a bevy of options to feast on.

It all started with Adelaide doing the job in the wet on Friday night and only got better on Saturday when North Melbourne were too slick for GWS at Blundstone Arena. Collingwood was led by Jordan de Goey on Saturday night, beating the Saints at Etihad and we were all over Brisbane’s shock victory over Hawthorn on Sunday afternoon – its first in 2018.

Let’s take a look at how the weekend unfolded:

The Bulldogs came into their Friday night clash against Adelaide with winning form, having saluted three times in a row, but inaccuracy plagued them as the Crows handled the conditions better on the way to a comfortable win, 9.9 (63) to 2.14 (26).

The Kangaroos continued their surprising start to the season with an impressive win at their home away from home in Tasmania, defeating GWS, 17.10 (112) to 9.15 (69).