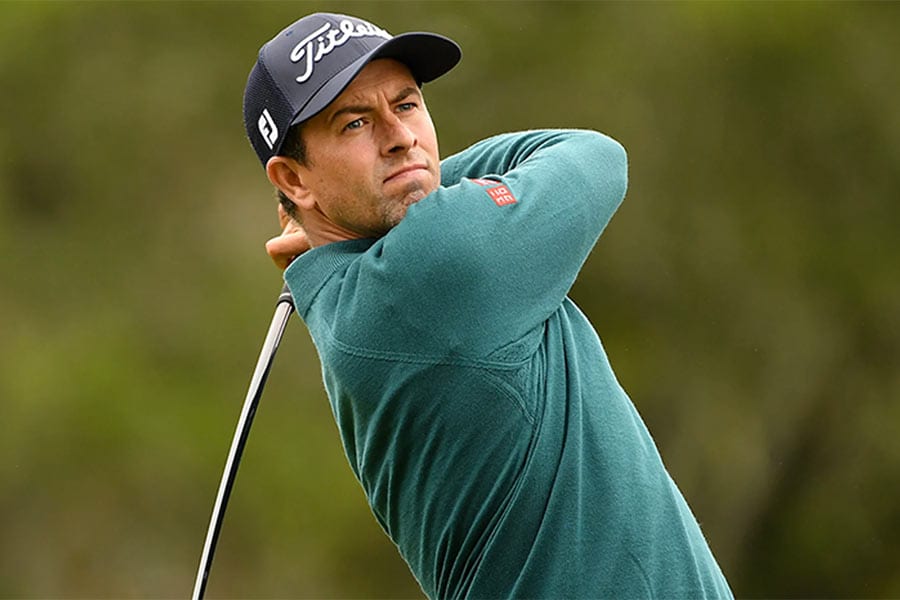 Basketball fans were given a show at home and abroad, the AFLW lifted a gear and yet another Aussie saluted on golf’s top tours. Here are the best moments from another entertaining weekend in the sporting world.

Despite an inconsistent final round, Adam Scott held his nerve to win the Genesis Invitational and break a four-year title drought on the PGA Tour.

With Matt Kuchar (+1) and Rory McIlroy (+2) also struggling down the stretch at the Riviera Country Club, a one-under 70 was enough for Scott to seal a two-shot victory over Scott Brown.

It was the Australian star’s first win in the United States since March 2016, when he edged out Bubba Watson by a stroke in the WGC Cadillac Championship at Trump National Doral.

SEE ALSO: HOW TO BET ON GOLF ONLINE

Besides lifting Scott to seventh in the world golf rankings, the win adds to an impress string of Aussie efforts on the top men’s tours since the turn of the year.

Australian players have won five titles in the US, Europe and Asia already in 2020, with all three of our representatives at the 2019 Presidents Cup picking up some silverware.

Cameron Smith took out the Sony Open in Hawaii in January, while Marc Leishman saluted in the Farmers Insurance Open at Torrey Pines two weeks later.

A midseason break where everyone comes together to enjoy the sport is one of the best ideas in history, and the National Basketball Association does it better than anyone else with the NBA All-Star Weekend.

Miami Heat had two players win their respective challenges on Sunday, as Derrick Jones Jr won the Dunk Contest and Bam Adebayo saluted in the Skills Challenge. Buddy Hield defeated Devin Booker with the final shot in the Three-Point Contest.

Monday’s All-Star Game between Team LeBron and Team Giannis was unbelievable to watch. Each quarter was treated like a mini game and the final quarter was as intense as a playoff match.

The competitive juices were flowing in the most unique ways, and it was Team LeBron that was more inspired. Anthony Davis hit the winning free throw to clinch the game for the Western Conference.

Previously known as the All-Star MVP Trophy, the renamed Kobe Bryant Trophy was awarded to LA Clippers star Kawhi Leonard, who hit 8/14 threes and ended the game with 30 points.

Tension rises between Collingwood and Carlton in AFLW

It was a very entertaining weekend of footy in the AFLW, which delivered more goals and a better standard of play than the week prior.

One game which caught the eye of many fans was the clash between the Magpies and the Blues, won comfortably by Collingwood in the end. Pies full-back Stacey Livingstone cheekily fired shots at opposition star Tayla Harris, saying if you take away her aerial strength, she’s useless.

This has added some genuine tension to one of football’s great rivalries, with Harris hitting back on Twitter and expressing her eagerness for their next matchup. We can only hope they meet again in the finals.

The NBL regular season wrapped up over the weekend, with the Sydney Kings, Perth Wildcats, Cairns Taipans and Melbourne United qualifying for the finals.

With the season done and dusted, the awards came into the limelight, and who else but LaMelo Ball when it came to the NBL Rookie of the Year gong. The 2020 NBA Draft prospect carried an otherwise undermanned Illawarra Hawks side until his season-ending foot injury in December.

Bryce Cotton took home his second Andrew Gaze Trophy as the NBL 2019-20 Most Valuable Player, having won the same award back in 2018. Cotton will try to lead his Wildcats to the championship in the upcoming finals.