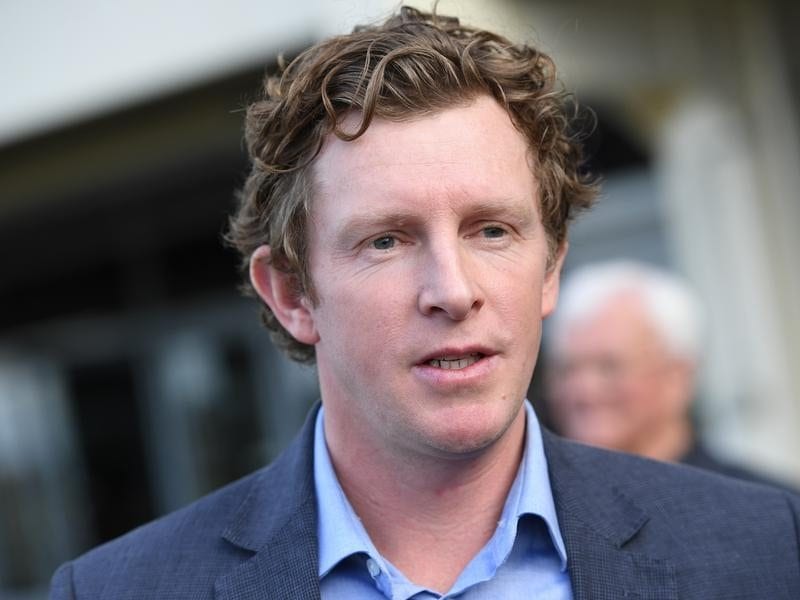 Trainer Matt Laurie will saddle up Group One aspirant Aberro at Moonee Valley.

A Moonee Valley three-year-old race decimated by scratchings is a stepping stone for Aberro to a potential Group One race in Sydney.

Trainer Matt Laurie is eyeing off the Spring Champion Stakes (2000m) at Randwick on October 7.

But a more immediate assignment is Saturday’s Sweeney We Know West Handicap at Moonee Valley.

The field has been cut to seven following six scratchings with Mutamayel, Sky Punch, Evil Cry and Amerok all Adelaide bound for the Morphettville Guineas.

Aberro, by All Too Hard, is a half-brother to the Laurie-trained 2013 South Australian Derby winner Escado and Manifold Stakes winner Se Sauver.

He was a first-up winner over 1300 metres at Sandown last month and Laurie said Saturday’s 1509m race was a logical stepping stone.

“We’re just taking each step at a time and working towards something like the Spring Champion Stakes.

“It’s a 2000-metre Group One for a colt who is a half-brother to a Group One winner and a Group Two winner.

“That’s the race that springs to mind and then maybe on to the Caulfield Classic and then we can see whether we then go on to the Derby.”

Laurie said Aberro showed promise at his first campaign, finishing second to the highly regarded Merchant Navy on debut before another second to Eshtiraak, an opponent on Saturday, at Mornington.

He then travelled to Sydney for the Champagne Stakes at Randwick, finishing sixth to The Mission.

“He’s a big, strong, scopey horse and it did surprise me how well he went early.”

With Craig Williams riding, Aberro is vying for favouritism on Saturday with the Steve Richards-trained Sunquest.