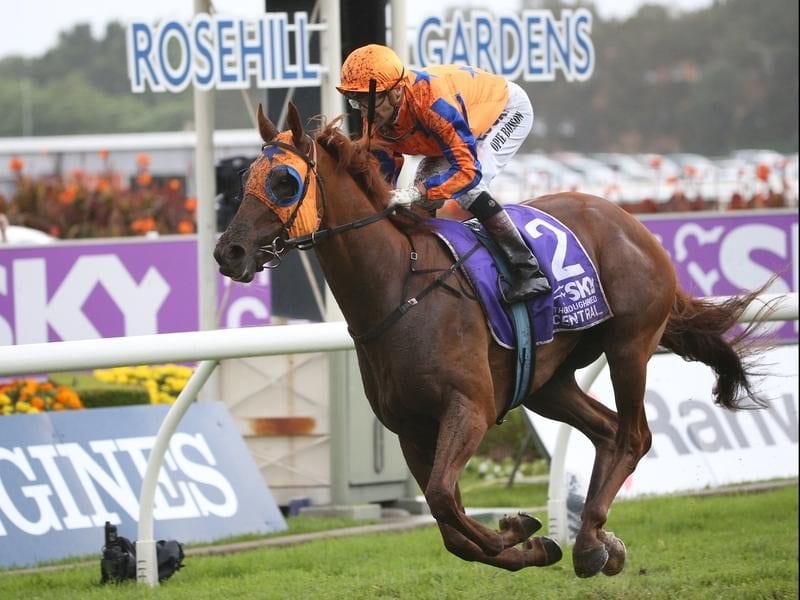 Gingernuts runs in another G1 race in New Zealand before coming to Australia for a Cups campaign.

Gingernuts will have one more Group One start at home in New Zealand before being sent to Australia for a Cups campaign.

The winner of the Rosehill Guineas in Sydney in the autumn, Gingernuts won Saturday’s Group One Windsor Park Horlicks Plate (1600m) at Hastings.

Te Akau Racing principal David Ellis said he would return to Hastings in two weeks for run in the Livamol Classic (2040m).

Ellis made the announcement on NZ’s TAB Trackside Weigh In show on Sunday.

“He’s come through the race brilliantly and he will now go forward to the Livamol,” Ellis said.

“From there it will be on to the Caulfield Cup.”

Te Akau manages an enthusiastic 42-member syndicate which has knocked back overseas offers for the gelding and comes to watch him race sporting distinctive orange caps.

“There were about 25 of us on course on Saturday but I expect that number to swell next time as there were quite a few missing for this one,” syndicate member Blair Alexander said.

“We were hopeful rather than confident he could win so a few people decided to wait before committing to being on course to support him so you can guarantee it will be a full house in a fortnight.

“It’s been an amazing journey so far and now we are so close to achieving one of the dreams we have had for the horse.

“We turned down some very large offers for him with one of the main reasons being the desire to try and win a race like the Caulfield or Melbourne Cup which is what just about everyone who has ever owned a horse has dreamed of.

“To have that opportunity about to be realised is a little surreal and quite frankly I think most of us are far more nervous now than we were before race like the New Zealand Derby last season.”