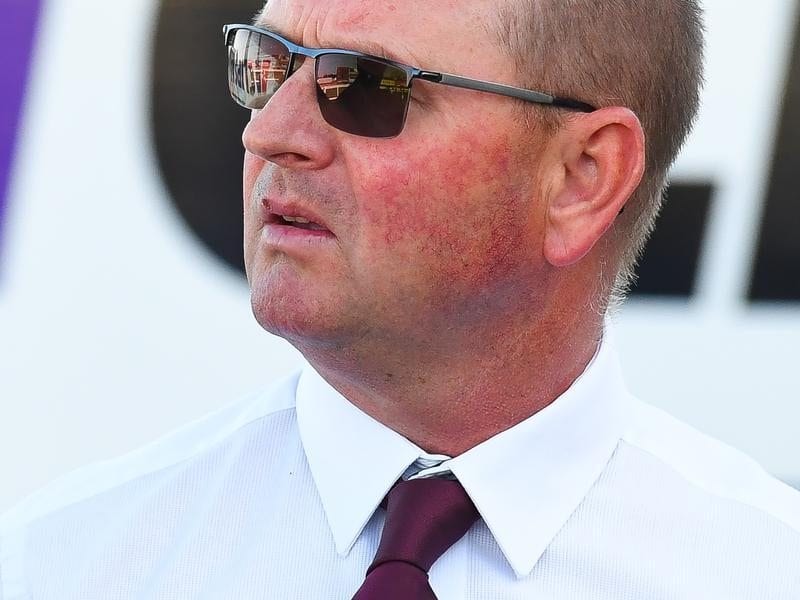 Toby Edmonds says Houtzen must perform at Moonee Valley to head towards the $10 million Everest.

Queensland filly Houtzen needs to stand up and be counted in the Scarborough Stakes at Moonee Valley to confirm plans for the $10 million Everest.

Houtzen has long had a slot in next month’s The Everest (1200m) at Randwick which has been the focus of the filly’s spring campaign, but trainer Toby Edmonds says the Magic Millions Classic winner needs to perform on Friday night.

Houtzen finished third first-up in the McEwen Stakes (1000m) at Moonee Valley and the trainer has selected the Group Three Scarborough Stakes for fillies over 1200m, the distance of The Everest, rather than the Group One weight-for-age Moir (1000m) for her next start.

“She’s got a slot in The Everest and that’s her grand final but we’ve got to put the foot down this week otherwise we’re not going to run,” Edmonds said.

“We’ve got that slot and our aim has always been to have her cherry ripe on that day. But she has to perform on Friday night to warrant going on.

“We’ll turn the tap on this week. If she doesn’t run well, we’ll wait. There’s plenty of other races for her.

“She’s a three-year-old filly. We don’t really need to be taking on those hardened sprinters at this stage of her career just for the sake of running around for $10 million.”

But Edmonds is confident Houtzen is ready to perform in the Scarborough and was pleased with her work-out at Moonee Valley on Monday morning.

Brisbane’s premier jockey Jeff Lloyd made the trip to Melbourne to partner the filly in the gallop and will be back aboard on Friday night after Craig Williams rode her at 50kg in the McEwen.

Lloyd has committed to riding Houtzen at 51kg in The Everest.

Houtzen wore blinkers in Monday’s winning gallop but Edmonds is yet to decide whether she will wear them in Friday’s race.

“She had a good, searching half-mile and finished off the last 600 metres pretty solid.”