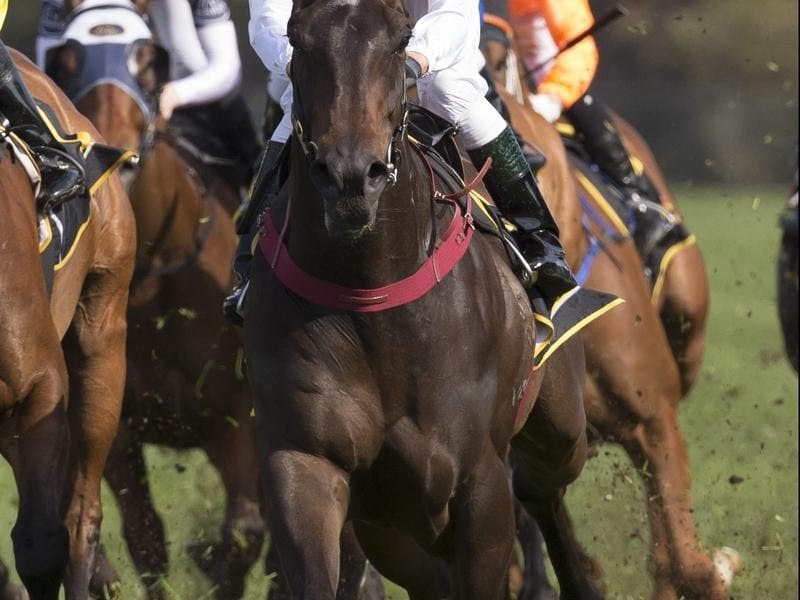 Shannon Stakes winner Washington Heights could back up in the Group One Epsom Handicap.

A tentative plan to run Golden Rose winner Trapeze Artist in the Epsom Handicap has been shelved but trainer Gerald Ryan still has Washington Heights and Red Excitement in the mix.

Trapeze Artist was an upset winner of Saturday’s Group One Golden Rose (1400m) in which stablemate and favourite Menari was third.

Ryan said both colts would now be set for the Coolmore Stud Stakes on the 1200m-straight course at Flemington in early November.

Washington Heights claimed his third win from four starts since returning to Ryan from a stint in Hong Kong when he took out Saturday’s Group Two Shannon Stakes (1500m).

“We will wait until Tuesday before deciding whether he runs in the Epsom but he does only have 50 kilos.

“And 53 kilos is a tempting weight for Red Excitement who will also be entered for the Hill Stakes.”

Red Excitement lived up to his name in the Chelmsford Stakes when he set out many lengths in front of the field and was only run down by champion Winx.

The tempo was a little different in the Group One George Main Stakes and he weakened on his run to beat just one home with Winx again the winner, this time from Happy Clapper, the Epsom favourite.

Winx’s trainer Chris Waller will have multiple Epsom runners headed by dual Oaks winner Egg Tart and Comin’ Through, a half brother to triple Group One winner Criterion.

Comin’ Through will be ridden by Hong Kong’s champion jockey Joao Moreira.

Michael Walker got down to 53kg to ride Comin’ Through to his last-start victory in the Bill Ritchie Handicap (1400m) but with the colt weighted on 50.5kg for the Epsom, he is ruled out.

Humidor, Black Heart Bart and Vega Magic are not expected to run which means Happy Clapper will be the topweight on 57kg when the handicaps go up half a kilogram.

The final field for the Epsom (1600m) and the Group One Metropolitan Handicap (2400m) will be determined on Tuesday.