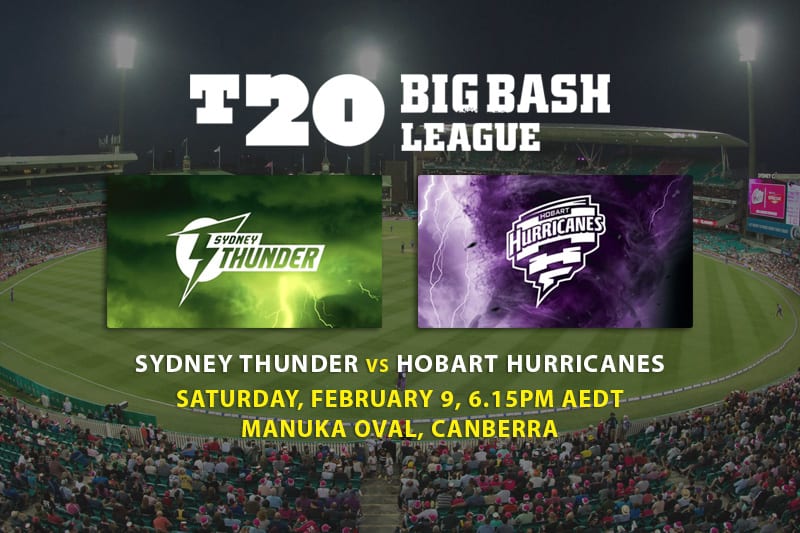 The second match of Saturday’s double header is far more important than the first.

Sitting just a solitary victory outside the BBL’s top four, the Sydney Thunder must win this match in order to qualify for the finals.

The Hurricanes, at the top of the table, are the worst-case scenario for any side desperately needing a win.

With the Test Series against Sri Lanka done and dusted, three huge inclusions suddenly make the Thunder one of the scariest teams in the league.

Everything is on the line here — can the Thunder keep their season alive?

After an interesting Test Series against Sri Lanka, the Australian batsman will come back down to an easier level of cricket, one that he has dominated in the past.

With an average of 31-runs at T20 level, Khawaja can find the boundary with ease, especially if he can get through the power-play.

Unlike others at the top of the order, Usman does not have to over-hit the ball and is able to accumulate at ease playing shots along the ground, eliminating risk.

Of the 24 matches Khawaja has played in BBL history, he has been named Man-of-the-Match four times, which is one in every six matches he has played.

With a top score of 109no, the left handed batsman can emulate his old form and dominate the Hurricanes.

With the three massive inclusions for the Sydney Thunder, they become a real threat in this competition.

Even though the Hurricanes are the top team in the league, they will be playing their second match in three days, which will take a toll on the players.

Patrick Cummins is able to bowl four brilliant overs and pinch hit with the bat if needed, making him an invaluable option for his captain.

Expect the Thunder to put on a show in their local area and prove they could become a threat in the BBL finals.

Sydney Thunder to win @ $1.95 with Sportsbet