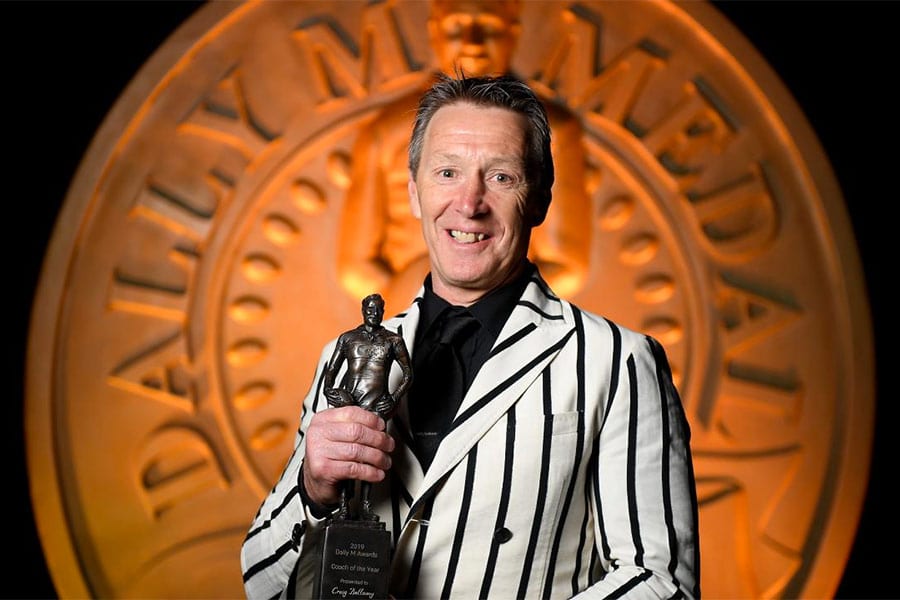 The men, aged 29 and 31, are accused of using and sharing inside information for the purpose of wagering on the Dally M Coach of the Year.

It is understood that both suspects placed bets on the winner of the award having already learned the outcome.

BettingSite.com.au reported last week that authorities had raided several Sydney properties as part of an ongoing investigation into suspicious wagering activity around the 2019 Dally M Coach of the Year.

Manly Sea Eagles gaffer Des Hasler was the short-priced favourite for the award up until Dally M night, when a late flurry saw Melbourne Storm’s Craig Bellamy shoot to the top of the market.

After Bellamy was named Dally M Coach of the Year for the fifth time, several online bookmakers lodged official complaints and the NRL Integrity Unit reported the issue to NSW Police.

This is just the latest in a series of off-field dramas to hit the league in the lead-up to this week’s season relaunch.

Most recently, Bronson Xerri was put on provisional suspension by ASADA after testing positive for a banned performance-enhancing substance.

That means the Cronulla centre will miss the Sharks vs Tigers clash at Bankwest Stadium this Saturday.