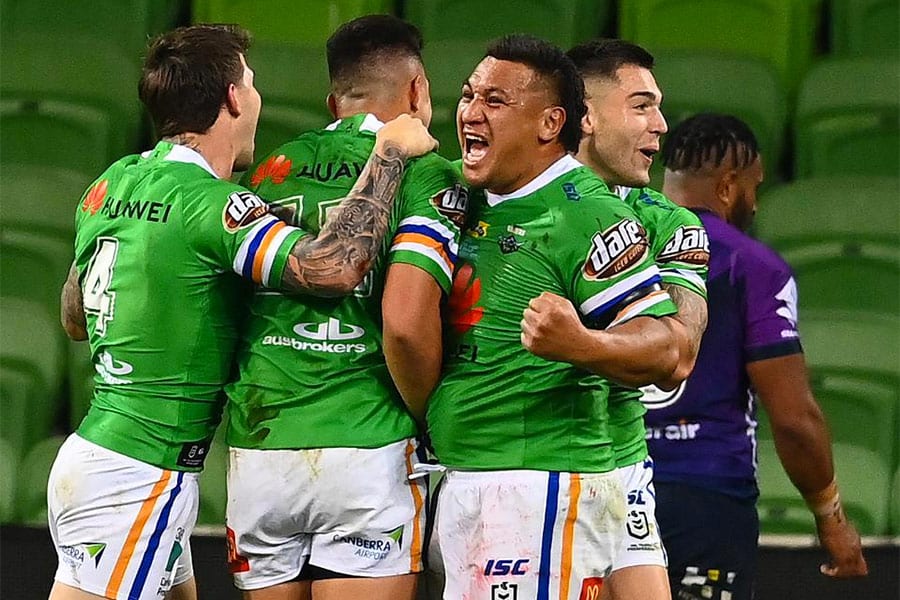 The footy was fast, hard-hitting and nothing short of a joy to have back in our lives.

With plenty of discussion around the rule changes introduced during the shutdown, we finally got to see how it works in practice.

Let’s look at what we learnt from round three of the 2020 NRL Premiership season.

The Parramatta Eels look every bit a contender for the NRL Premiership, dismantling Brisbane 34-6 at Suncorp Stadium. Their offload-heavy attack – they had 23 for the match – was difficult to handle under the old rules, and the new ‘six again’ rule will further enhance their chances in 2020. One punter was confident in the Eels once it got to 16-6 early in the second half, throwing $25,000 down at $1.42 for a cool collect of $35,500.

Not much to report here as it went about as well as could be expected for the Gold Coast Titans, who copped a 36-6 spanking in Townsville. Spare a thought for the punter who put down $50,000 at $2.20 on the Cowboys to win rolled into the over 42.5 points for the game. One lousy point away from $110,000.

We always love this clash, but the person who dropped $15,000 at $3.10 for the Rabbitohs to win probably wishes they had their time again. A great bounce-back performance from the defending premiers gives you a sense of confidence in laying your money down on the Sydney Roosters in future games. Daniel Tupou crossed the stripe first, but a bit more about that later.

The New Zealand Warriors always threatened to be nuisance value to punters and an 18-0 win first up proved the coming weeks are going to be a nightmare when they play. If they can get anywhere near the commitment they showed against the Saints, NZ will prove a headache for punters. The less said about the Dragons, the better. One lucky punter must have felt like they robbed a bank with $25,000 at $1.80 on under 44.5 points, while $10,000 for the Warriors to lead at halftime paying $2.35 was another fantastic bet of note.

Even if you had a lousy $10 on this game, it was enough to give you a heart attack. The Wests Tigers led early 10-0, fell behind 16-10 and then kept the Sharks scoreless in the second half. These two clubs look a ‘high risk, high reward’ prospect on a week-to-week basis, but one area you may profit in the future is betting on a team’s left-edge player to score first against the Tigers. Wade Graham carved them to pieces at times and other teams will certainly take note.

The Green Machine look every bit a premiership favourite. Their defence was outstanding and frustrated the ultra-patient Storm. Jordan Rapana back in the capital signals the return of a favourite first try option, and he saluted on Saturday night at AAMI Park. If you were brave enough to take the Canberra Raiders by 13-plus in this one, you’d be booking a holiday right about now.

At 14-0 to Penrith, one punter called in to put $5,500 at $1.04 on a Panthers win – a smart way to pocket a quick $220, you might think. The resolve of the Newcastle Knights left NRL fans in amazement, missing seven starters as they clawed their way back to a 14-14 draw and the usual $26 for that result. A punter’s worst nightmare.

Similar to the Cowboys vs Titans game, this one went exactly to script. A 26-point margin of victory for the Manly Sea Eagles enhanced their reputation as a premiership dark horse, while Canterbury were left scratching their heads.

This was maybe the most obvious thing to take away from the ‘six again’ rule and the emphasis from the referees to speed up the ruck.

The average margin of victory in rounds one and two combined was 11 points. In round three we saw that blow out to 18.25, which included a rare-as-hens-teeth draw between Newcastle and Penrith. 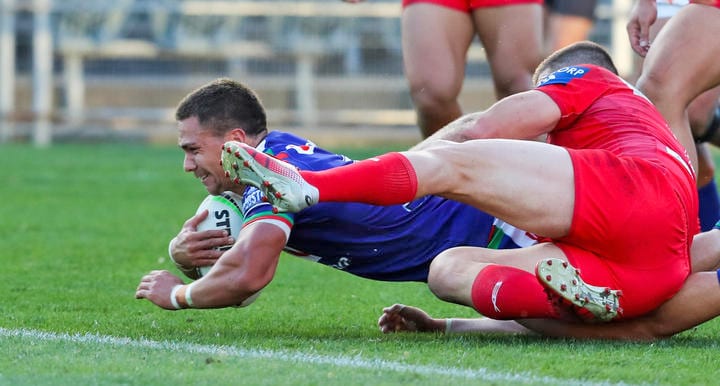 A few teams look overmatched for 2020 and some may have not got used to the new rules and interpretations, but this may be a trend. If you like to dabble in the margins, 13-plus appears to be the way to go in the foreseeable future.

One punter on the TAB was ahead of the pack and turned $100 into $8,036 after backing the Eels, Cowboys and Warriors (yes, the Warriors) at 13-plus and the Roosters straight up. Imagine if he threw in the Tigers, who were leading by 10 with four minutes remaining and opted to take a penalty goal and not go for the try?

Daniel Tupou is always a popular pick in this market for the Roosters, and for good reason. Sitting on the end of a fantastic left edge will mean he gets his fair share of chances to get across the stripe, but we all forgot about a rule change that happened before round one.

In previous years when an attacking team kicked the ball, the defence was allowed to tackle the man in the air. This is no longer the case, which means as long as the Roosters halves get the ball anywhere close to Tupou, he is going to win it in the air. This was exactly the case in the fourth minute against the Bunnies, resulting in a pay day for the smart punters.

There is no doubt the Chooks will continue to target their 196cm winger, making him an even more attractive option for first try scorer. We love this market because it throws up some extremely juicy odds, but this is more like investing than a gamble.

For those who believe the Raiders will win it all in 2020, you would have been super excited by what you saw in Melbourne on Saturday evening. The only downside is you won’t get anywhere close to the $6 they were paying for the NRL 2020 Premiership before the competition restart. A fantastic 22-6 victory at AAMI Park has seen the Green Machine already come into $5 and a short $2.50 just to make the NRL Grand Final in October.

Manly were the other big movers after round three. They were $11 for the premiership before the resumption, but a convincing win over Canterbury has pushed them into $9 – still a great return for those who fancy the Sea Eagles this year.