THE Socceroos are missing some big names as they prepare for the opening match of their 2019 Asian Cup campaign.

Australia have lost 177 games of experience with the international retirements of Tim Cahill and Mile Jedinak, while star midfielder Aaron Mooy and young gun Daniel Arzani are both sidelined through injury.

Martin Boyle is also out after picking up a knock in the recent friendly against Oman, forcing coach Graham Arnold to draft in Apostolos Giannou as cover.

There is no place for Tomi Juric, James Troisi and several more players who featured at the 2018 FIFA World Cup.

Mark Milligan, Trent Sainsbury and goalkeeper Mat Ryan are the main men in defence, with Aziz Behich and Josh Risdon expected to line up in the fullback slots.

Robbie Kruse and Mat Leckie offer plenty of experience in the forward half, while Chris Ikonimidis, Awer Mabil and Andrew Nabbout were all on the score sheet in the 5-0 win over Oman.

Jordan’s form leading into the their fourth Asian Cup finals is nothing to write home about.

They have not won a game since last November, when they edged out India in Amman, and have suffered two defeats and a draw in the past month.

Amer Shafi and Baha’ Abdel-Rahman are two of the most experienced players at the tournament, but weight of caps alone will not count for much against the defending champions. 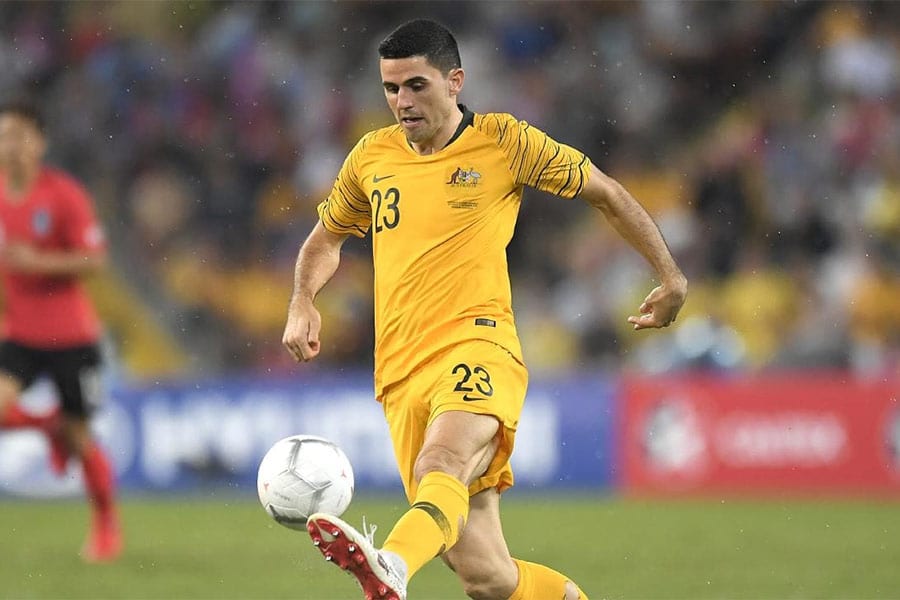 Rogic was conspicuous by his absence as the Aussies routed Oman last week.

It was a surprising omission after the Socceroos fought so hard to guarantee his availability for that fixture.

Reports of an injury setback are doing the rounds, but Arnold has confirmed the Celtic playmaker was rested at the request of his Glaswegian employers.

Rogic has played through knee soreness this season, so there are concerns as to whether he can hold down a starting role in the UAE.

With Mooy out, however, one suspects Australia will want to get maximum value from their most established and creative midfielder.

Rogic likes to play forward of centre and, with eight international goals, is one of the biggest goalscoring threats in the Socceroos squad.

Even if he comes off the bench, there is value in backing the ACT native to score at any time.

Everything points to a win for Australia, but can we get better Socceroos odds than the $1.36 on offer in the match betting?

You can bet Jordan will set up with plenty of players behind the ball, so total goals and other scoring markets might be tricky to pick.

Sportsbet is paying $3.30 for Australia to win both halves – a tempting prospect, but a dicey one in the first game of a major tournament.

One would expect the reigning champs to win by at least a couple of goals, however, so the handicap might be the way to go.