As the flagship event of the most popular sport on the planet, the FIFA World Cup is the mecca of soccer betting. This is our complete gambling guide for Qatar 2022, including the latest World Cup odds and the best World Cup betting sites.

Australia’s top online bookmakers run thousands upon thousands of betting markets for the World Cup, covering everything from qualifying matches to soccer future bets available years out from the start of the finals. These trusted operators offer everything we look for in a bookie – weekly specials, mobile betting apps, superior customer service – while posting competitive prices on all football betting markets week in, week out.

There are few sports wagering markets bigger than World Cup outright betting. The best Australian bookies post odds for the next finals years in advance – sometimes only days after the previous staging wraps up – so the most canny and well-informed punters can get in early and enjoy top value prices on contenders and dark horses alike.

The obvious World Cup outright market is for the winner of the title, but that’s just the tip of the iceberg. Punters can also flutter on long-ranging team propositions such as:

We have highlighted these markets because they are specific to the FIFA World Cup, but they make up only the tiniest fraction of what’s on offer. For more information on match bets, player props, exotic wagers and more, see our in-depth online soccer betting guide.

The usual suspects feature at the top end of 2022 World Cup outright betting, with defending champions France leading the way. Brazil will look to end a 20-year title drought in Qatar, while the Belgians are the best bet among potential first-time winners. The Socceroos are way out in the boondocks among the rest of the also-rans.

The qualifying tournaments for Russia 2018 kicked off in March 2015 with over 200 national teams competing across six confederations. By November 2017, that number will be whittled down to a mere 31 who will join the host nation at what many consider to be the most prestigious event in all of world sport.

AFC
With 46 member nations, the Asian Football Confederation is the third largest of the world’s continental governing bodies. The AFC World Cup qualifiers will also serve as the preliminary tournament for the 2019 Asian Cup in the UAE, but only the top four or five nations (pending playoff results) will progress to Russia 2018. The strongest sides in the division are Japan, South Korea, Saudi Arabia and the Aussies, who moved from Oceania to the AFC in 2006.

CAF
No regional body has more members in Russia 2018 qualifying than the Confederation of African Football. Some 54 teams will compete for five guaranteed World Cup finals places, which will go to the winners of each of the five qualifying groups. Despite the sheer volume of World Cup candidates, only three African teams have ever passed the round of 16: Cameroon (Italia 1990 quarterfinals), Senegal (Korea-Japan 2002 quarterfinals) and Ghana (South Africa 2010 quarterfinals).

CONCACAF
The Confederation of North, Central American and Caribbean Association Football features 35 nations fighting for three direct slots at Russia 2018 and one intercontinental playoff spot. Mexico and the United States now dominate the region, with each reaching the finals on every occasion since 1994, yet neither has managed in 80-odd years since to match the USA’s shock semifinal appearance at Uruguay 1930 – the very first World Cup football tournament.

CONMEBOL
The Confederación Sudamericana de Fútbol (South American Football Federation) may be the smallest of the continental groups, yet as many as five of its 10 active nations could qualify for the 2018 Russia World Cup. That’s because South America’s football obsession has bred an unusually high concentration of world-class teams, including five-time winners Brazil, five-time finalists Argentina and inaugural champions Uruguay, who also took out the title in 1950.

OFC
Made up mostly of small island nations in the Pacific, the Oceania Football Confederation is the least influential of the six governing bodies under FIFA. Only two OFC nations have ever qualified for the World Cup finals: Australia (1972 and 2006) and New Zealand (1982 and 2010). The Kiwis are the only real candidates for qualification now that the Socceroos play in Asia, although they will have to beat the fifth-placed South American team to reach Russia 2018.

UEFA
Some say the Union of European Football Associations is almost as powerful as FIFA itself. There’s a smack of truth to that when you consider that some 14 UEFA nations – two shy of exactly half the entire field – will suit up at World Cup 2018. The qualification tournament is a major event in its own right, with defending champs Germany, fellow four-time winners Italy and heavyweights such as England, France, Spain, the Netherlands and Portugal duking it out across nine groups and a quartet of cutthroat playoff ties.

The 2022 FIFA World Cup will be hosted by Qatar, whose controversial bid included plans for up to 12 stadiums. However, with several of the proposed venues falling by the wayside due to rising costs, it is expected that only eight grounds will be ready.

Three existing stadiums have undergone expansions and upgrades for the World Cup, while the other five (in italics) are brand-new arenas. 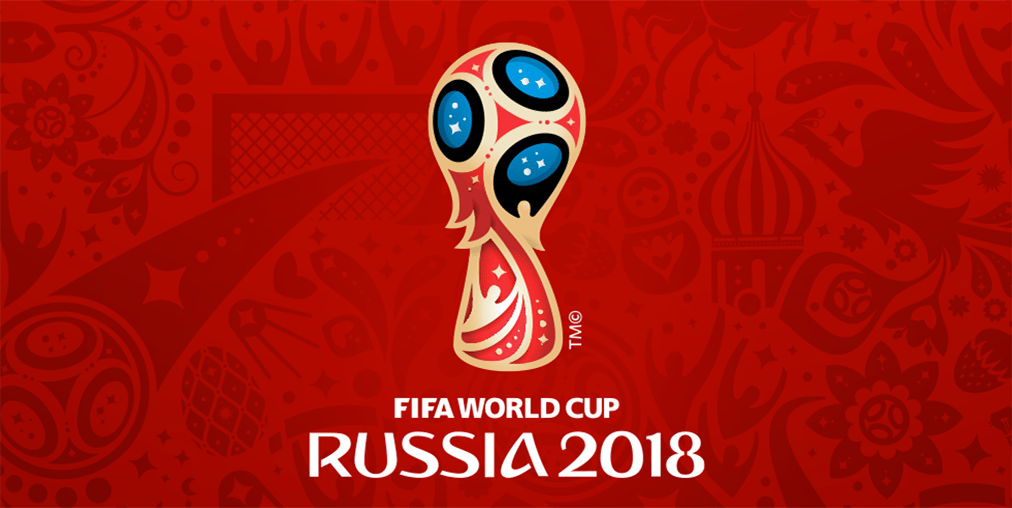 But the Russia bid survived various appeals and the nation is now busy setting itself up for four weeks of football madness in June and July 2018. In the initial proposal accepted by FIFA, games were to be shared among 16 stadia in 13 different cities. Some 13 of the proposed venues were yet to be built. The number of grounds was reduced to 14 in October 2011 after planning roadblocks halted construction of the Podolsk stadium, and then to 12 pitches in 11 cities in September 2012.

Below is the final list of 2018 FIFA World Cup venues and their respective capacities. Russia will open the tournament on June 14 at Moscow’s Luzhniki Stadium, which will also play host to the final on July 15.