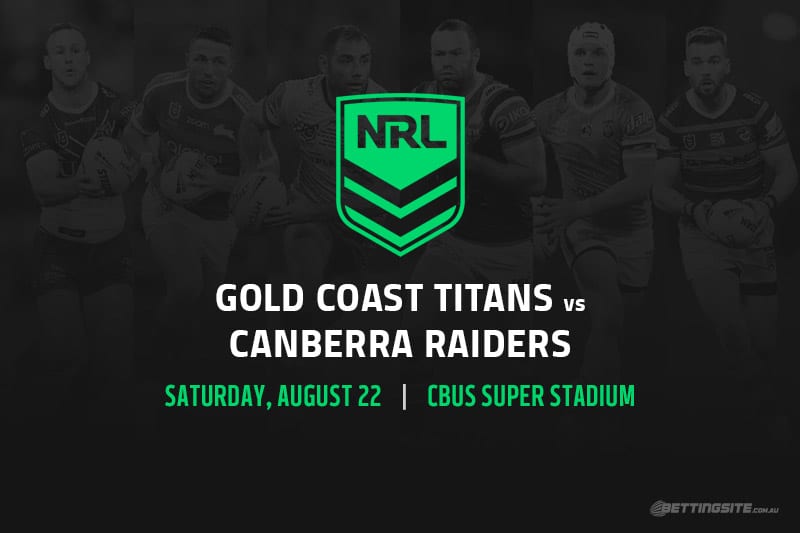 Their positions on the NRL ladder may suggest this will be one-way traffic, but the Gold Coast Titans have been competitive in their last four games despite losing three of them.

The Canberra Raiders have won four of their last five games when many had put a red line through them once Josh Hodgson was ruled out for the remainder of the season.

Considering the injuries they’ve faced to key personnel at different stages of the season, the Raiders have shown fantastic depth to work their way into the top-four battle.

They head into this contest as the $1.26 favourites, while the Titans are the $4.25 outsiders despite playing at home on the Gold Coast.

Those score lines suggest the $2 for Canberra 13+ is short for good reason.

The weather reports suggest no rain will fall on the Gold Coast this Saturday, making the over 44.5 points a fantastic option for your multi.

The Titans have only gone down by 12, six and eight points in their last three losses, so the tighter margin brackets are absolutely in play.

Jack Wighton was the man who crossed the stripe first when these teams met in round one, but his halves partner George Williams could be an even better pick at $21.

Anthony Don will get the punters’ attention any time he is paying double figures in the first tryscorer betting, but perhaps Phil Sami at $14 should be given some thought this week.

Best bets for Titans vs Raiders