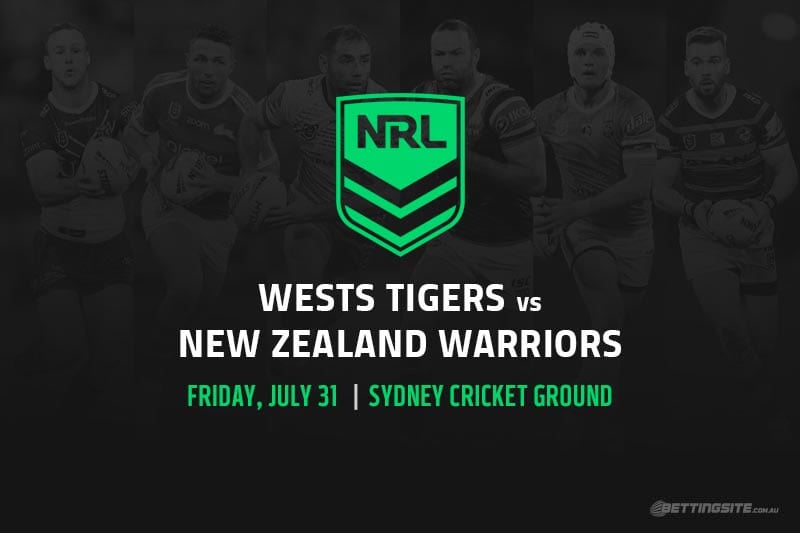 Trying to forecast how the New Zealand Warriors will line up is anyone’s guess. David Fusitu’a, Ken Maumalo and Agnatius Paasi have all headed home to New Zealand, which could mean the Eels loanees Daniel Alvaro and George Jennings come straight into the frame for selection.

The Kiwis came in at $11 for their clash against the Roosters last week and led the contest for long periods before running out of steam, but is anyone game enough to predict they’ll back that performance up at the $5.25 and 14.5 start?

Had you taken the Warriors at an adjusted line of +7.5 in round 11, you would have made a nice and unexpected profit, but it’s hard to see them aiming up like that again when you consider the players who have left.

A bit like the Dragons, the Wests Tigers have to treat this game as though their season is on the line.

Michael Maguire has done well to put his renowned determination and standards of excellence into his team, but they aren’t quite the finished article.

Wests have the Dally M Medal favourite in Harry Grant, who has been sensational in 2020, but they just lack a bit of genuine strike out wide to run up big scores regularly.

And if you want to double down on that line of thinking, why not throw some hard earned on a Tigers win between 21-25 points at $10?

The Tigers should win this game and win it well, and if you’re feeling dangerous, put the house on Luciano Leilua to score first. The big man is having a fantastic year and you can bet Benji Marshall will be looking to put him into a hole from close range.

Best bets for Tigers vs Warriors