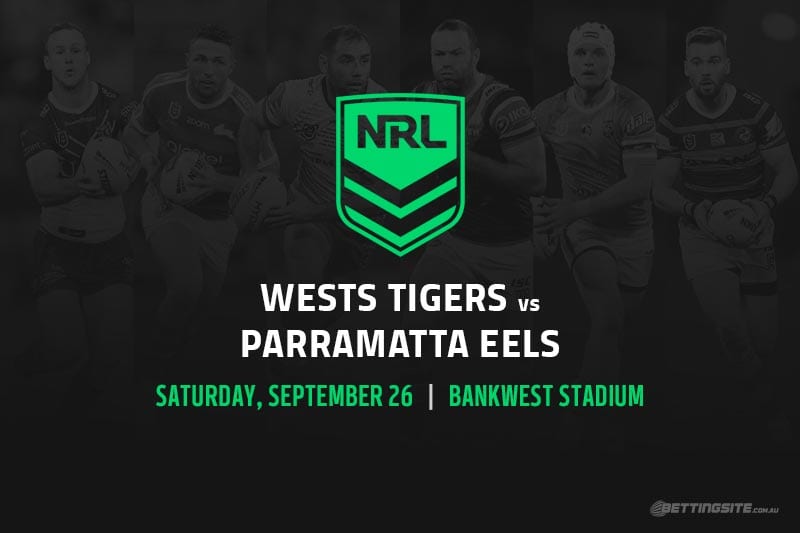 The Parramatta Eels must have felt big relief when they saw the team Canberra named for their clash with Cronulla.

That said, the Raiders winning and the Eels losing to slide out of the top four at the last would be the most Parramatta thing of all time.

They are the $1.38 favourites and should win comfortably against the Wests Tigers, who have looked worse than awful at times this season.

But that is the issue for Parramatta; nothing has been comfortable since round eight.

They’ve had just two wins by double digits in that time as well as troubling losses to Penrith and South Sydney where they failed to score a try on both occasions.

While the Eels losing in a situation like this plays into their ‘long suffering’ narrative, don’t discount the $3.25 on offer for the Tigers.

It would be a very Wests Tigers thing to play well in a game that doesn’t matter and give their fans a false sense of optimism heading into the 2021 season.

While Wests may have given up 50 points against the Storm, the Eels boast nothing like the fluency Melbourne do, making the +8.5 line for the Tigers at $1.90 somewhat enticing.

It will be Chris Lawrence and Benji Marshall’s last game for the club, and considering they are two great stalwarts of the joint venture, you’d expect they give one big effort despite nothing else being on the line.

If you think either of those men will crash over first in their final game, you can get $21 for Lawrence and $41 for Marshall.

In the fair dinkum stakes, however, $13 for Asu Kepaoa looks a great price with Benji showing a great enthusiasm to go to the rookie winger in the red zone.

For the Eels, we like Ryan Matterson at $19 to score first against the club he left in tumultuous circumstances after just one season.

Best bets for Tigers vs Eels