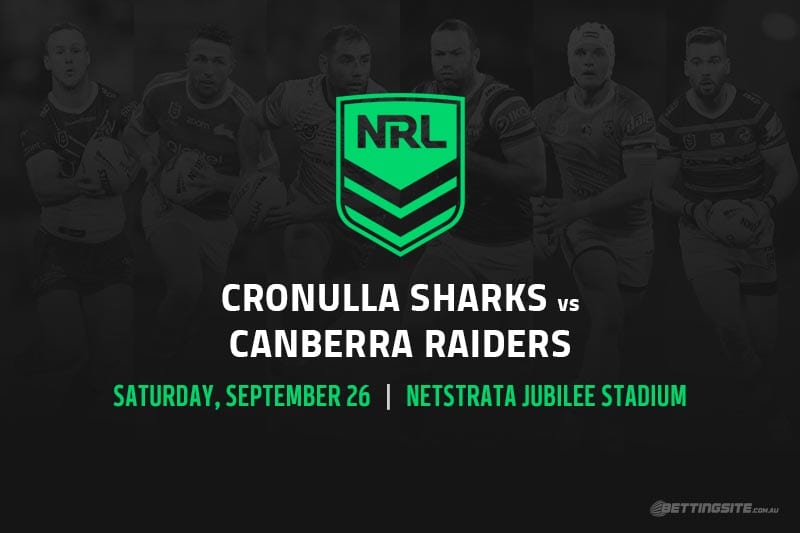 There was a momentary suspension from some NRL betting sites for this contest when the team lists were announced to the public.

The Canberra Raiders have opted to rest nine regulars for this clash, which has seen them move from $1.25 favourites to $2.45 outsiders.

It’s an odd move from the Raiders when you consider they are still a chance to finish in the top four with a win, but maybe they believe they are good enough to go all the way to the 2020 NRL Grand Final without needing a second bite at the cherry.

There is no doubt players will be running off the smell of an oily rag after 17 straight weeks of football, so perhaps Ricky Stuart and co. decided they will be no chance if their best players don’t get a rest.

On the other side, the Cronulla Sharks were $4 outsiders and have now moved in as short as $1.60 in one of the bigger swings in living memory.

On top of all this is the unusual wrinkle that these two teams will more than likely play against each other in week one of the finals in Canberra.

This sort of thing happened in 2007 and again 2009, when the Eels famously upset St George Illawarra after the Dragons gave their opposition nothing to analyse on tape.

Cronulla are without their best player in Shaun Johnson and will accommodate that loss by moving Wade Graham to the no.6 jersey, which he hasn’t worn in eight years.

The Sharks should win this game, but with yet another halves combination to try before playing a finals game against the same opponent, who knows what will happen?

Canberra also have four club debutants, so the -2.5 start at $1.90 for the Sharks looks a safe option.

Ronaldo Mulitalo at $9 is the favourite to score the game’s first try and is our best bet from this game.

If you’re inclined to pick a Canberra player, Corey Harawira-Naera at $21 is a great value bet.

Best bets for Sharks vs Raiders