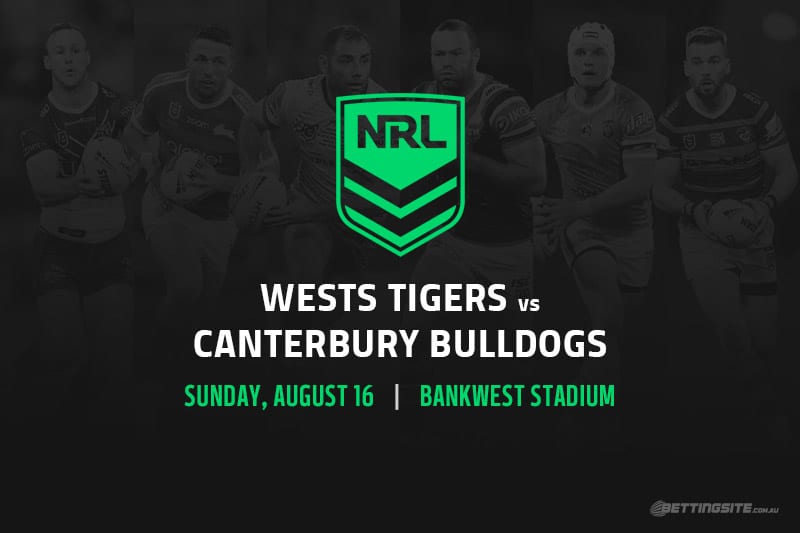 The Wests Tigers have lost five of their last six games, with the only win in that stretch coming against the hapless Broncos.

Michael Maguire’s men have put together a rubbish period of football to slip two games out of the top eight, so every fixture is a must-win from now on.

A loss to the last-placed Canterbury Bulldogs might cause Wests fans to implode, as it would most likely doom them to their ninth consecutive year without finals football.

The Tigers come into the game as $1.42 favourites with absolutely no form to back that figure up, but that just shows the depths of the Bulldogs’ despair.

Wests laid an egg by conceding 44 points last week and only managed to create one linebreak across 80 minutes, thanks largely to the absence of Harry Grant.

They now have to turn to Jacob Liddle at hooker, who is returning off yet another ACL injury, and it’s a big ask to expect so much from someone who will realistically just want to get through the match unscathed.

Canterbury took a step back last start, giving up 41 points to a Storm side who were without Cameron Smith and had Cameron Munster on one knee.

The Doggies had been competitive until that point, but the significant downgrade in opposition this week should make for an oddly close game.

One could be convinced to take Canterbury +5.5 at a price of $2.17, which is certainly more interesting than taking the Tigers straight-up to win.

If you really want to get funky, take the Bulldogs at that line and roll it into under 41.5 total points for a $3.50 price.

Joey Leilua is back in the bubble after leaving Sydney during the week for personal reasons, but it’s his brother Luciano that interests us in the tryscoring markets.

The Tigers forward has crossed the line four times in the past three weeks and bagged his side’s only try against Newcastle, so we like the $19 about the younger Leilua to open the scoring on Sunday.