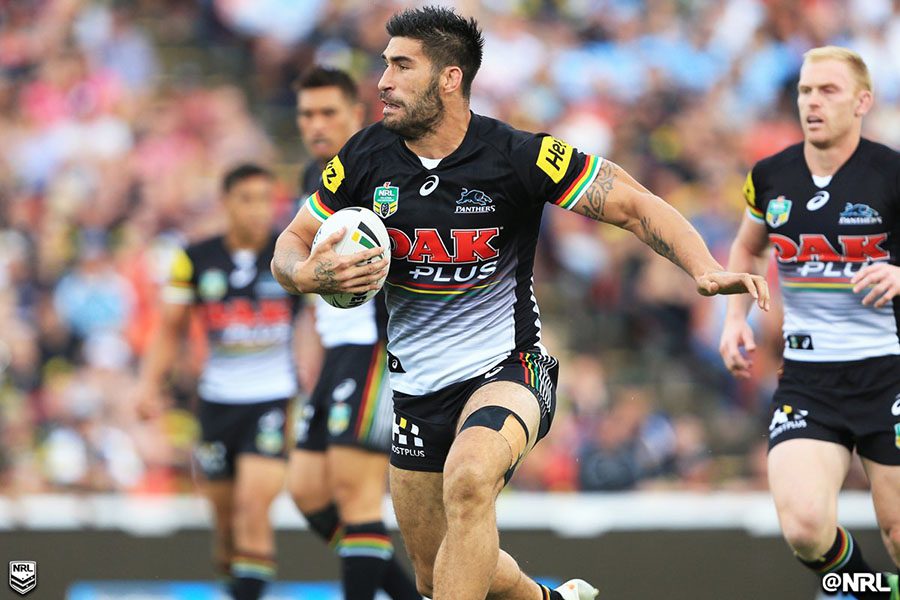 Every season there are several teams who believe they are just one crucial signing away from competing for the Telstra Premiership.

When you look back at the best signings from the last 30 years, there are few transactions that directly result in a premiership.

Cooper Cronk signing with the Roosters in 2018 was the catalyst for back-to-back titles, while Ben Kennedy arriving at Newcastle put them over the hump in 2001.

Players like Greg Inglis, Brad Fittler and Johnathan Thurston eventually lead their new clubs to titles several years after arriving, so it shows just how difficult and rare it is for blockbuster deals to result in immediate success.

More often than not teams will make the signing that catapults them from a middling team to contender.

John Bateman at Canberra Raiders is the most recent example of this, while on the other end of the scale you win the lottery and sign Charnze Nikoll-Klokstad for $140,000 and get elite production, both of which completely change the fortunes of your club.

The 2021 season looks to have plenty of deals which will see improvement for teams, rather than competition-altering signings like Cooper Cronk.

Let’s take a look at what we believe to be the 10 most important signings heading into the new season. 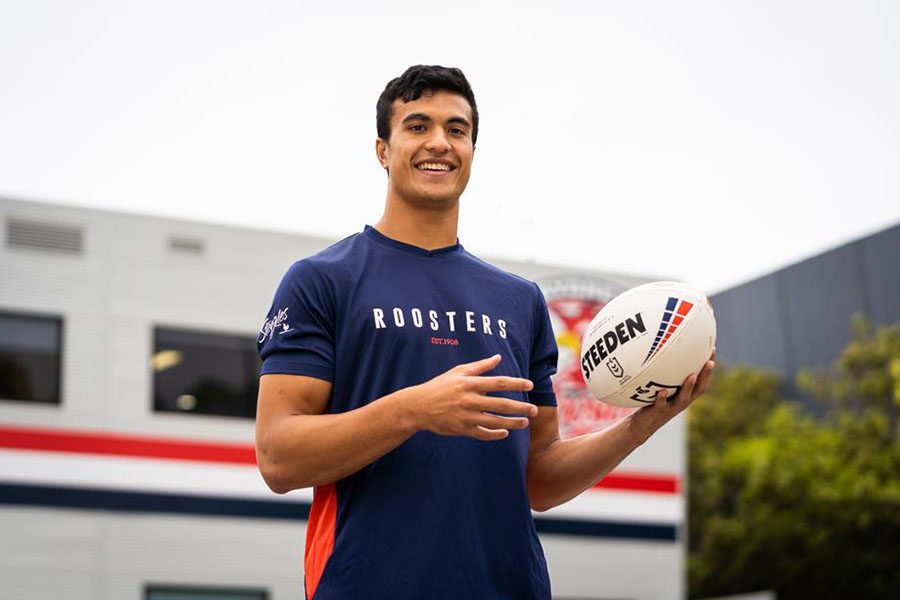 Joseph Suaalii is the youngster who is impossible to ignore at the Roosters. The NRL rules will most likely be bent so he can play before his 18th birthday and many expert judges believe he will be an overnight success. The most likely spot for him will be on the right wing outside Joseph Manu, which makes him a very attractive prospect for same-game multi’s and the two or more tries markets. He won’t start the season in first grade, but he could well have a Charlie Staines like impact. 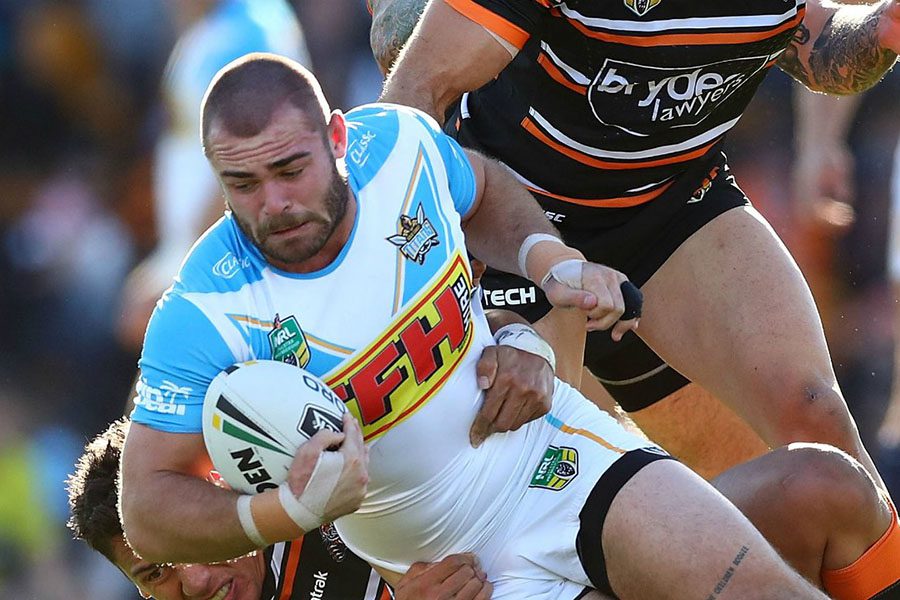 The lack of attention from Parramatta – This might come across as a strange one, but the Eels are extremely top heavy for 2021 and it could see them slide down the ladder. Their starting 13 is one of the most exciting teams in the competition, but in the Finals their bench was exposed as being not up to scratch. It got worse over the summer. You’d be a brave man to believe in the likes of Keegan Hipgrave, Bryce Cartwright and Isaiah Papali’i as big contributors for a top four side. The Top NRL Bookmakers have $15 on offer which should be closer to the mid 20’s for the premiership betting line. 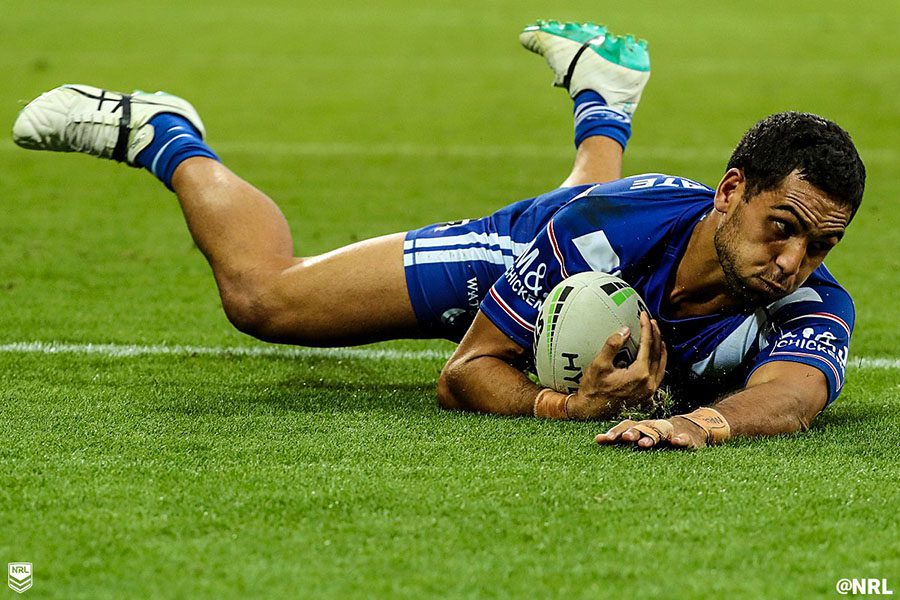 The former Bulldogs winger won’t attract the attention some other signings have, but rest assured almost every punter will win some cash multiple times as a first tryscorer in 2021. Reimis Smith replaces Suliasi Vunivalu on the right wing for the Storm and is more than capable of being one of the better finishers in the NRL. He is $26 to be 2021 top tryscorer, which isn’t the most tempting number, but on a weekly basis he is going to be a worthy bet to score tries. 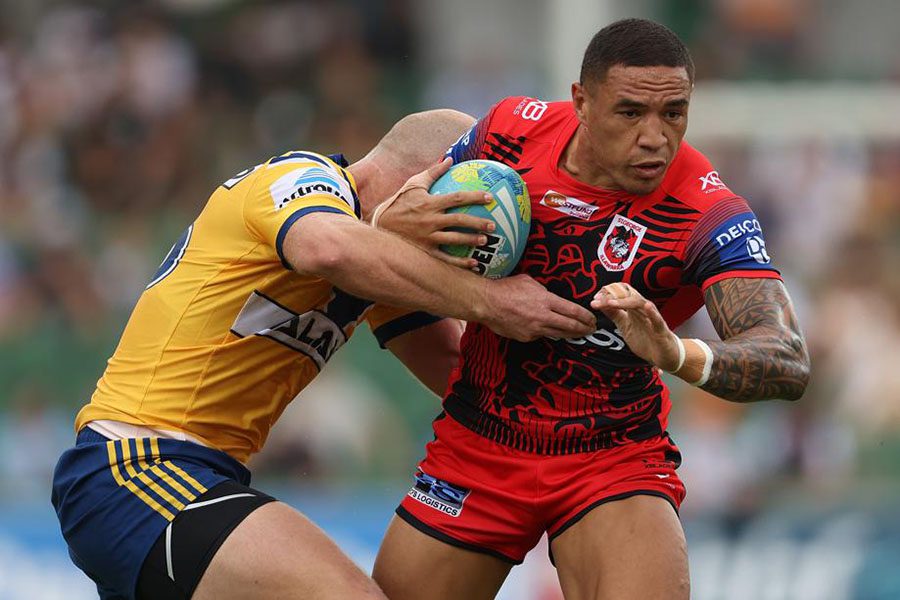 Tyson Frizell has been a mainstay for New South Wales for five seasons, but Frizell has a lot to prove in 2021 and has moved to Newcastle to reinvigorate his career. He admitted at the beginning of 2020 that he needed to change to get the improvement he is looking for in his game, and under the tutelage of Adam O’Brien might just be where he finds it. He has relied on reputation for far too long and his last two years for the Dragons were much below what he is capable of. If he can get to his best, he can easily catapult the Knights to being a top four threat. $5.50 to finish in the top four looks to be nice value when you consider they finished 7th after a cruel injury toll in 2020. 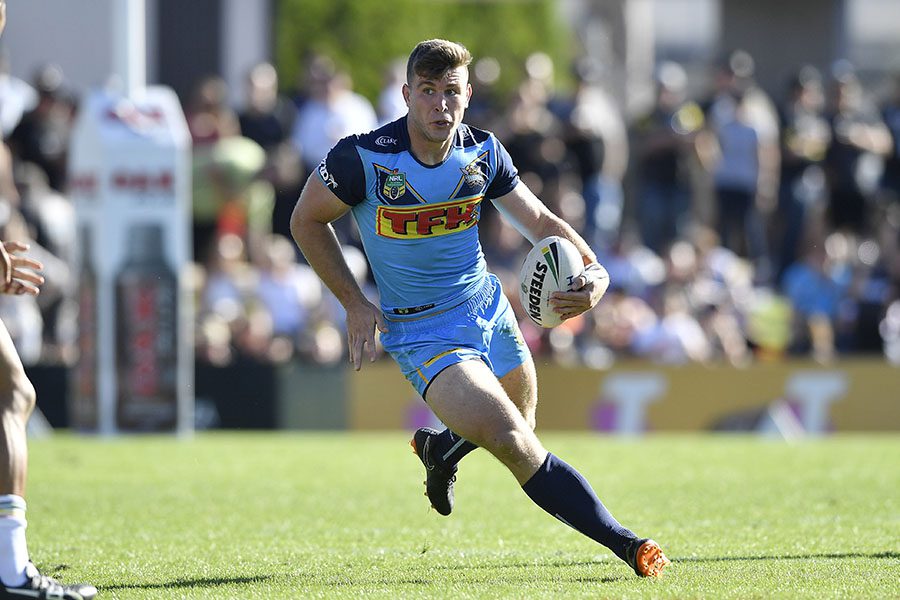 Jai Arrow essentially becomes the Sam Burgess replacement and is a big factor in the $6 price for the Rabbitohs to win the premiership. He beefs up an already star-studded forward pack which will lay a platform for a backline which proved to be unstoppable at times in 2020. Of any signing for this season, Arrow has the most potential to play a ‘Ben Kennedy’ like role and be the key addition to push a good team over the top. Souths will be a serious contender all year and their current price for the title might be the best value you can get them at.

SEE ALSO: Bettingsite’s Top Tips For All Sport Around Australia 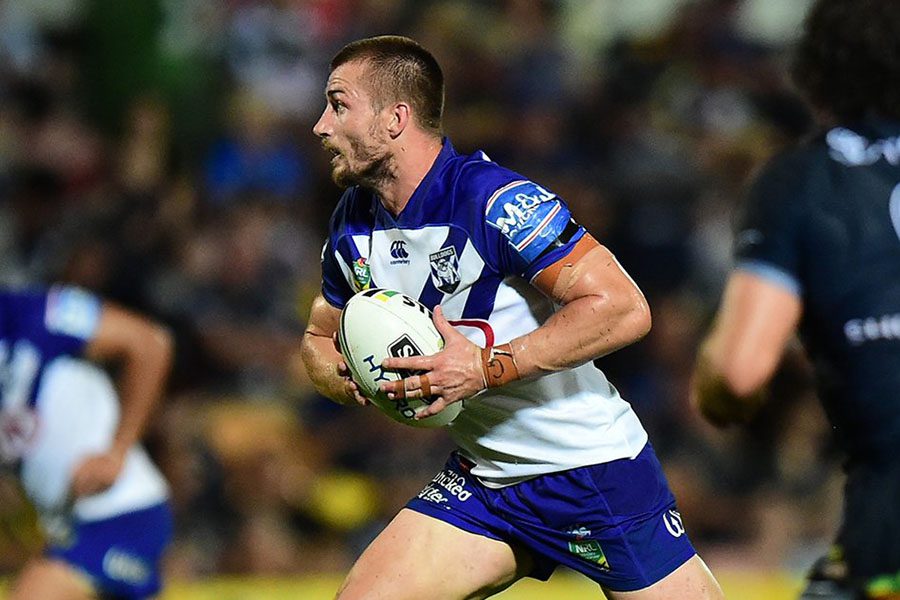 Over the last five seasons, Kieran Foran’s body has betrayed him and he’s spent countless weeks on the sideline but when he has stayed on the field he has showed he is still a huge asset to any NRL side. 10 years after he and Daly Cherry-Evans guided Manly to the premiership they will attempt to do so once again and are $19 to do so. What Manly have missed since Foran left in 2015 is…. A player like Foran. He is the perfect second fiddle to DCE and is a specialist five-eighth who can consistently provide a secondary option in attack. The Sea Eagles have had to pinch hit and use unconventional halves to pair with DCE with varying success, but Des Hasler can now turn to a trusted soldier to get the job done. 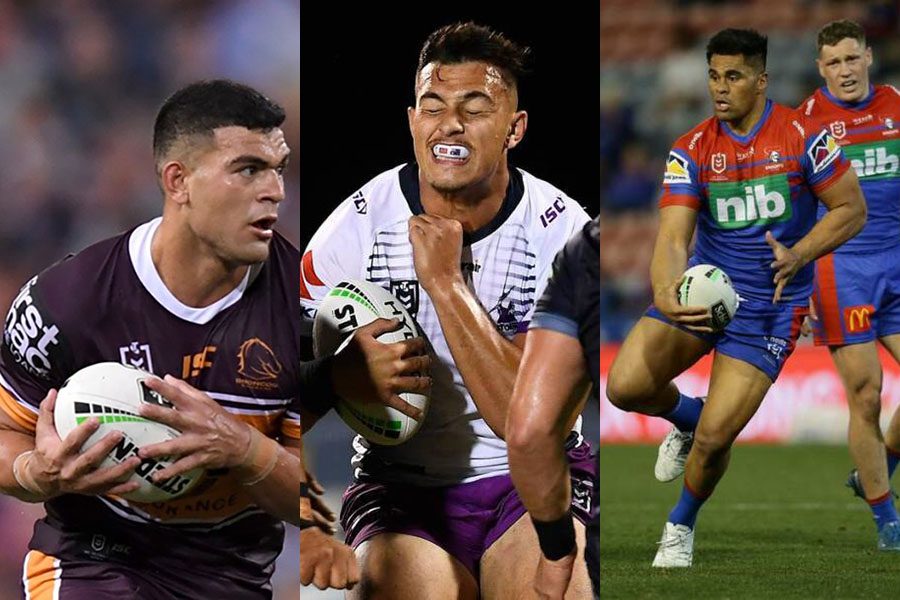 It’s impossible to single out an individual but the perennial battlers have put together an imposing forward pack for the upcoming season.

David Fifita, Tino Fa’asuamaleaui and Herman Ese’ese rejuvenate a middle which has lacked the reliable Ryan James for two seasons and gives them more starch to support Moeaki Fotuaika. Part of their five-game winning streak to finish last season was the fact they were already out of Finals contention, but they’d be hugely disappointed if they finished outside the eight this season. They’ll be a hard team to tip on a weekly basis, but just imagine if they convince Cameron Smith to come out of retirement? If you believe he is signing, get on the $4 for them to finish top four, his addition could push them that far up the ladder. 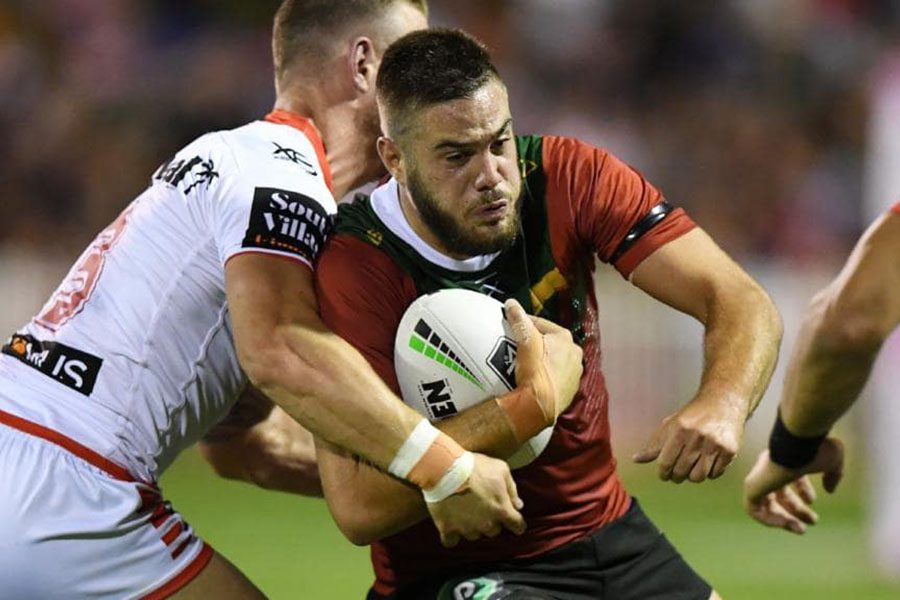 When Latrell Mitchell was ruled out for the season in 2020, barely anyone believed Corey Allan could rise to stardom so quickly that he would end last season as the incumbent Queensland fullback. The Bulldogs have landed a wonderfully skilled fullback they’ve realistically lacked since Ben Barba and it should see their attack go from anaemic to at worst respected.

Provided the men in the middle can provide space on the edges, Allan will provide plenty of quality ball to the likes of Nick Cotric and Canterbury will see far more joy in 2021 on the back of it. If they can somehow land Matt Burton before the season begins, they will be a frisky proposition on a weekly basis. When we think of big purchases it is all too easy to overlook the importance of having a good coach.

Not only does Todd Payten look to be a fantastic coach, he will be a fresh voice for the likes of Jason Taumalolo and Michael Morgan at North Queensland.

Many believe they’ve been the biggest disappointment of the last three seasons and it’s hard to mount a case as to why that isn’t the case, but after seeing what Payten did with the Warriors in 2020 you can only be impressed.
There has already been talk about changing the Cowboys way after they adapted poorly to the new rule changes, which would have to feel like music to the ears of their fans. At $2.75 to make the top eight, it is good value to add to a futures multi.

The veteran prop, James Tamou had a quiet resurgence in 2019 before being one of the big reasons behind Penrith’s 17-game winning streak in 2020.

He arrives at the Wests Tigers as a man who gives their forward pack legitimacy and has been named captain of the club before playing a game.

For too long the Tigers have fielded teams who lack aggression and intelligence in the middle of the field and been forced to rely too heavily on their outside backs like David Nofoluama to provide the big yardage metres.
Tamou gives the Tigers a consistency in the engine room they’ve lacked and ensures they’ll be far tougher to blow apart. Wests will prove to be nuisance value for punters against their more fancied rivals in 2021.