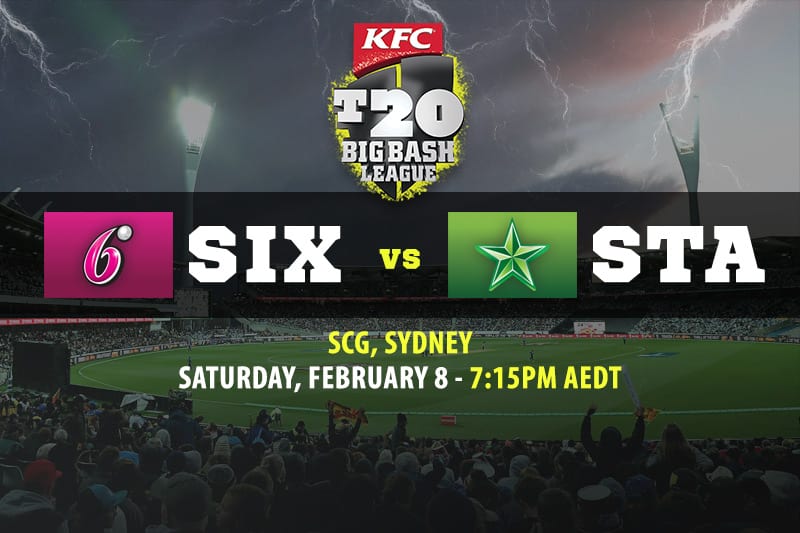 The long Big Bash League season comes to a close this weekend as the Sydney Sixers host the Melbourne Stars in the championship game.

Torrential rain is expected in Sydney over the weekend, which means Saturday’s clash at the SCG will more than likely be abandoned.

In the event of a washout, the Sydney Sixers will be awarded the victory and all betting will be voided.

Both teams need to play five overs for the match to be considered valid, so you can bet the Melbourne Stars players will do whatever they can to stay out on the field and force a result.

As neither side is likely to play out their full 20 overs, the best choices are going to be the opening batsmen. Josh Philippe has been good for the Sixers this season and comes into this clash off three consecutive scores over 30. Trust Philippe to go out and start smacking them before the rain has an impact.

Normally Marcus Stoinis enjoys building his innings and staying at the crease for as long as possible, but the Stars opener needs to fire from the first ball on Saturday. Stoinis hasn’t needed to make a quick spurt of runs in most of his matches, but this is a good opportunity for him to show off his power.

If the pitch has been ruined by some poor weather, the quicks will be able to skid the ball on and pinch some early wickets. Abbott is a prolific wicket-taker in T20 cricket and will love the natural variation on offer if there is some moisture in the deck.

You would not consider a spinner in these conditions, but Adam Zampa can make anything happen with his very strong technique. If the batsmen are trying to do too much when Zampa bowls, he will have a chance to take a few cheeky wickets.

The Sixers will win automatically if the match is called off, but all betting will become void if this happens. We think that the Sixers have what it takes to win the match even if it gets underway. The combination of Steve Smith and Josh Philippe will be too strong for the Stars, and Sean Abbott and Josh Hazlewood are two brilliant bowlers who will exploit any inconsistencies in the wicket.