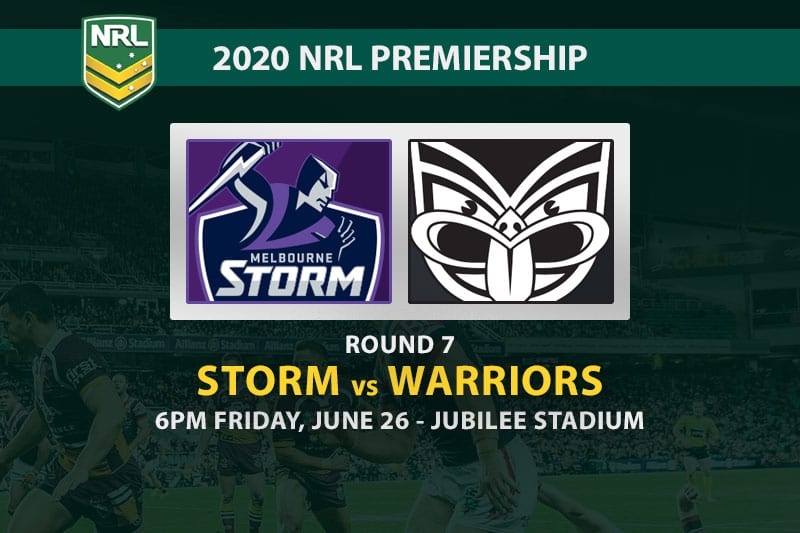 A COVID-19 outbreak in Victoria has forced the Melbourne Storm to move their next home game up to Sydney to ensure the safety of the players.

On most occasions this would have some kind of effect on a team’s performance, but it should be a comfortable win for Craig Bellamy’s men given what has transpired in the opposition camp.

Such is the mountain to climb for the New Zealand Warriors after sacking their coach Stephen Kearney last week, they are $5.50 in the head-to-head stakes compared to the $1.17 price on offer for the Storm.

What that does to the playing group is hard to predict. Will it break them mentally after being away from home for so long, or will it bring them even closer together?

Whatever the sacking of the coach does, it still won’t be enough to get the Warriors a win.

The gulf in class might be the 14.5 point start given to the Warriors, but it feels like Melbourne should cover that comfortably given the two heavy losses NZ have produced in Sydney since the competition resumption.

The best option to get a better price might be the Storm at 13+ points in the margin betting, which boosts the price to $1.70 with Bet365.

The over/under is set at 41.5, which is six points higher than the Storm’s last outing against Penrith and indicates many are thinking it will be a blowout.

If you’re looking towards the first tryscorer market, you’d be wise to look at Melbourne’s left edge of Cameron Munster, Kenny Bromwich, Justin Olam and Josh Addo-Carr. The Storm love to play from right to left and the $26 on offer for Bromwich looks especially tempting.

Also don’t be afraid to look at Suliasi Vunivalu on the right wing, especially off a kick, given how slow Ken Maumalo can be to turn and chase grubbers into the in-goal area.

Best bets for Storm vs Warriors