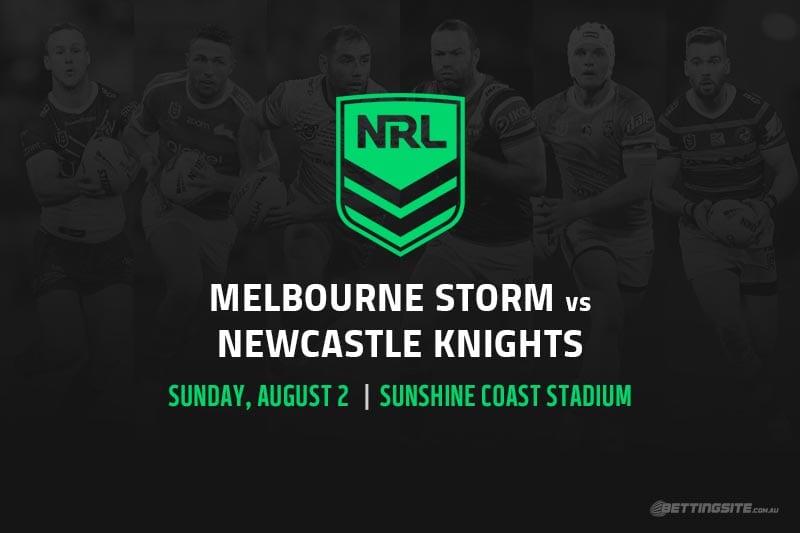 It’s almost hard to believe a clash between two top eight sides has one of them as a $4.25 outsider.

The Newcastle Knights’ horror record in Queensland over recent years, their horror record against the Storm and their humiliating loss against the Bulldogs all contribute to that price, and that’s without even getting to the injury toll.

Connor Watson and Andrew McCullough both fell victim to leg injuries last start, and it will thrust Chris Randall from fourth in line to starting hooker for the remainder of the season.

Sione Mata’utia will miss six weeks after he also injured his ankle, which means he joins the injury ward with the likes of Daniel Saifiti, Tim Glasby, Jayden Brailey and Edrick Lee.

The Melbourne Storm are gunning for their sixth win in a row and, barring some kind of bizarro world miracle, should get the chocolates without too much fuss.

In their last five starts, the Storm scored 50, 42 and 46 against mediocre opposition to go with close wins over the Roosters and Raiders.

The 13+ margin at $2.15 appears to be the way the punters think this game will go – and who knows, Newcastle might lose more players in the warm up just for good measure!

Melbourne look to be having another one of those amazing seasons where they never get complacent and beat up on the teams they should, which spells danger for the Knights.

One thing Newcastle fans can take solace in is the coach giving them both barrels publicly last Sunday.

Far too often in the past they were given a pass for playing poorly, but Adam O’Brien facing his first big hurdle may get a response and it could make the game closer than it should be.

It’s one-way traffic in the first tryscorer betting with Josh Addo-Carr leading the way at a short $8, while Cameron Munster at $17 could also be worth a look.

Best bets for Storm vs Knights