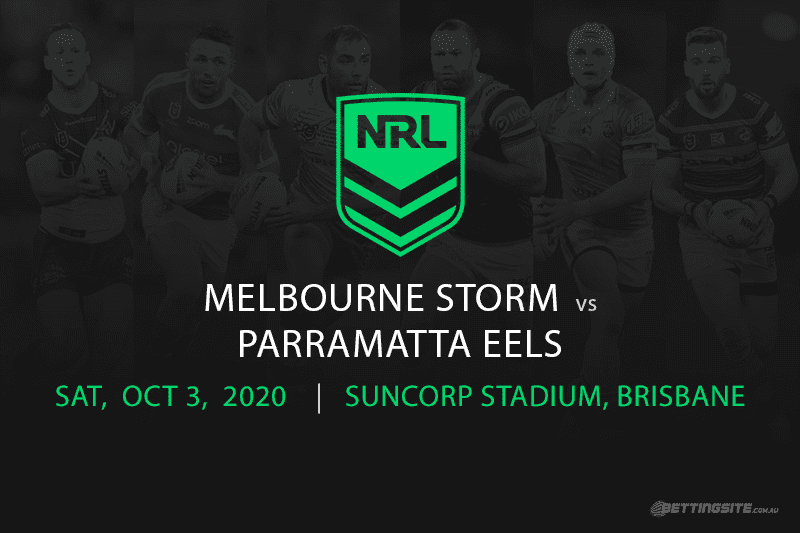 Has there ever been a team who has won 75% of their regular season matches and been such a despised outsider?

Parramatta are a whopping $5 while the Storm are an extremely short $1.18 and there are many reasons why this is the case.

Since round nine, Parramatta’s attack has been closer to Brisbane’s in terms of points per game than that of the top dogs of the competition. In their two games against South Sydney and Penrith, they couldn’t muster a try in either and lost by a combined score of 58-2. They did beat Melbourne 14-0, but it was a reserve grade Storm that night and they struggled to put them away. There is all of that to consider, and Melbourne’s record at Suncorp Stadium and recent success against Parramatta hasn’t even been mentioned yet.

Storm 13 plus at $1.80 is where the money is going with the best sports betting sites and it’s hard to argue against it. Eleven of their wins were by that margin, which includes five 13 plus wins from seven games since they relocated to Queensland.

The Eels will have Dylan Brown back for the all-important game, having missed a large chunk of football with an ankle injury and will certainly help their spluttering attack. The Eels’ starting 13 is a fantastic side on paper, but they’ve just been missing something that has anyone believing they can win the title. They are sixth in premiership betting despite a 75% win rate this season, but a lot of the reluctance for the Eels could be their 34-year premiership drought and their ability to underwhelm in big games.

Purely on the numbers, Maika Sivo at $12.00 with Australian bookmakers is a great shout to score the first try but in reality it will probably be a Melbourne Storm player. Josh Addo-Carr has scored five doubles in 2020 and is a short $6.50 to cross first. Considering the defensive woes of the Eels right-edge, it’s short for a good reason. The $3.60 for him to bag a double should also be looked at seriously.