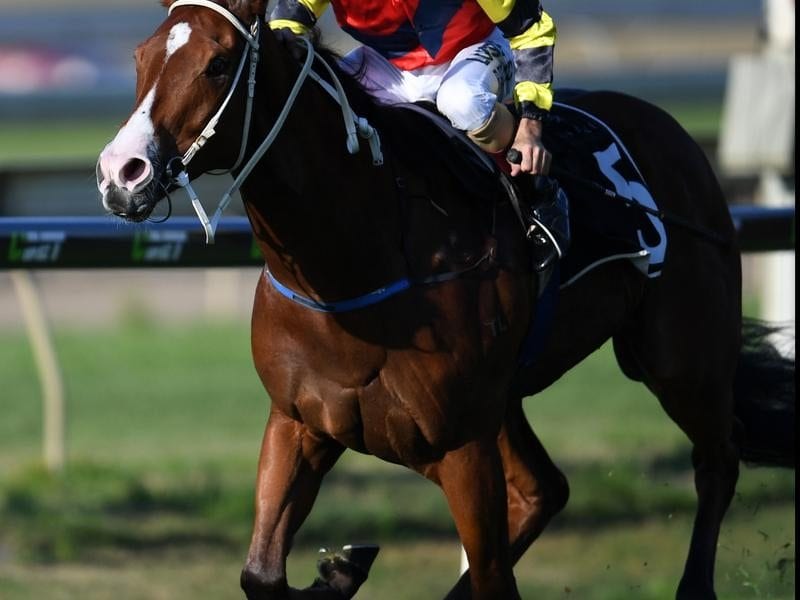 The Matt Dunn-trained Snitz will head to Sydney to try to qualify for the Anniversary Highway.

Promising three-year-old Snitz is in line for a belated trip to Sydney for a Highway race to try to qualify for a $200,000 event.

Snitz, who has done most of his racing in Brisbane, confirmed his ability when he won a top quality three-year-old race at Doomben two weeks ago.

The colt has had six starts for two wins, two seconds, a third and a fourth but trainer Matt Dunn believes with any luck he could be undefeated.

“I kept saying the day he drew a decent barrier he would win a good quality race,” Dunn said.

“That is how it turned out at Doomben. But barriers are everything in the current racing and you just have to hope you get a good one.”

Dunn, who is based in northern NSW at Murwillumbah, had been considering taking Snitz to Sydney before that race but elected to keep him in his own age group.

“I would like to run him in the Anniversary Highway at Randwick on October 14 but first he will have to win a qualifying race,” he said.

“There are a couple of options coming up and I will see which way we go very soon.”

Dunn has made a habit of winning the Highway races for country-trained horses having won 11 in the past two years.

The Anniversary Highway is part of the support program on October 14 featuring the $10 million Everest.

Dunn is looking to step well-bred mare Madame Lily up in class after her win at Doomben on Saturday.

By More Than Ready, her dam is the Group One-winning mare Bollinger, a daughter of Golden Slipper winner Bint Marscay, who includes in her family Filante, Kenny’s Best Pal, Mannington, Stella Cadente and Benicio.

Dunn said Madame Lily would race for another 12 months before going to stud.

Bollinger, who won the 2003 Coolmore Classic, was exported to the United States but later returned to Australia.

“We like to win a city race with these well-bred mares we get sent and she has done that. Now to look for something a bit better,” Dunn said.